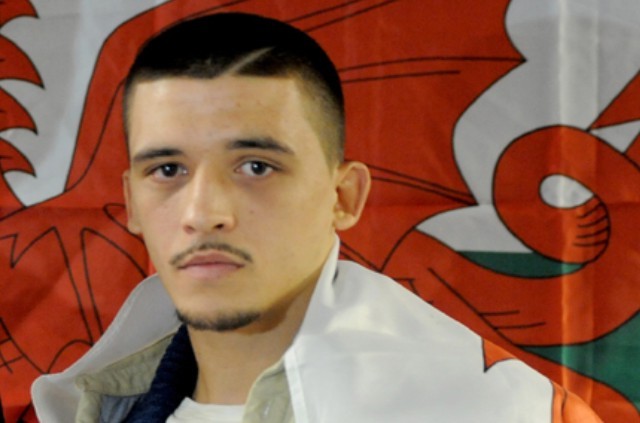 Wins for Selby, Buckland, Joshua, Jenkins and Evans in Cardiff

The Main Event: Lee Selby retains his British title and claims the vacant European belt stopping Rendall Munroe in the 6th round

The British boxing year took a month to really kick off, but in Cardiff tonight it did just that, when we had an early contender for fight of 2014! Gavin Rees and Gary Buckland had an absolute toe to toe slugfest for the British lightweight title and matched each other blow for blow for twelve brutal rounds of action from the first bell to the very last.

You couldn’t split the two of them at the end and that was reflected by the judges marks, who only just managed to find a winner by a split decision. The scorecards read; 116-113 Buckland, 116-113 Rees, 115-114, Buckland. It was that close and both earned every penny of their purse plus overtime!

There was no ground given, Rees made a great start to the fight and had the upperhand, his body shots were digging into Buckland’s ribs and belly with painful regularity, his uppercuts were knocking Buckland’s head back and to add to his woes suffered a cut in the opening session. But Buckland came back with his own uppercuts and body shots and had a great 4th round to swing the fight his way. Both continued to lay it all on the line and the fight action never let up with both having their successes. These two tough Welshmen fighting for country pride, were also contesting the right to challenge for the British lightweight title currently held by Martin Gethin.

The lightweight division is packed with talent and Buckland has put himself right in the mix. He has already campaigned as a lightweight, in fact he started his career as a light-welterweight winning the Welsh title in his 10th fight.

He went on to fight at lightweight after that and eventually earned a shot at John Murray for his British and European lightweight championships in 2010, losing in the 11th in a great battle. He came back from that defeat and returned at super-featherweight to win the Prizefighter Trophy, before going on to claim the Lonsdale belt against Gary Sykes in 2011.

After two defences of the belt, Buckland, 27,  lost the title when he was knocked out in August by Stephen Smith in the 5th round. Buckland was flattened by a devastating uppercut from Smith and to come back with this win over Rees in the manner he did is a credit to him and his team, not only physically, but mentally to come back into such a big fight and put on the performance he did is admirable, what a real fighting man Buckland is, I wonder if he fancies a rematch with Murray down the line?

Newbridge veteran Rees now faces a decision over his future in the sport after a third straight defeat. The former world light-welterweight champion lost to Adrien Broner for the lightweight world title and then to domestic rival Anthony Crolla last year and had said beforehand that he would quit if he lost to Buckland but this was a good performance and he may be tempted to carry on with a possible rematch being mooted.

In the main event of the evening Lee Selby (pic) stopped Rendall Munroe in the 6th round to add the vacant European title to his British and Commonwealth belts. The finish came when Munroe had taken a good right hand that stunned him and he retreated into the corner, Selby, 26, pounced and let the shots go, Munroe was trying to block and ride the flurry of punches that were coming at him. He was not doing too bad job either, he seemed aware but he wasn’t really punching back when referee Ian John Lewis decided to stop the fight to Munroe’s frustrations. Selby was in control of the fight but Munroe wasn’t out of it and he was getting more success has it went on and this warrior who is a proven championship fighter deserved a bit longer to try and get himself through a tricky patch. He didn’t deserve Selby waving the referee in to stop it either.

Munroe had got off to a slow start and Selby was dictating things early, he shook Munroe on the bell to end the first round with a right hand, but the Leicester man recovered and came out fine for the second. Selby was the busier fighter and his shots were fast and accurate and Munroe tried to move his head to avoid the impressive combinations from the Welshman, who’s movement and speed of punch were impressive, but it was looking hard for Munroe. Selby looked bigger, stronger and sharper and even though the stoppage was a little premature there only looked like being one winner.

Selby, now 17-1, 6KOs, retains his British and Commonwealth title and adds the vacant European belt to his collection. The next step for Selby is the world stage but may look to have a couple of title defences, pick up some more experience and then look for an eliminator fight by the end of the year. Overall this was a good win for Selby in front of his home fans, he is a gifted fighter and can go all the way.

Expect Munroe to fight on, he retired from boxing last year but missed it too much and returned, there are still some good domestic fights out there for him, but he isn’t the same fighter from a few years back who in 2009 outboxed current world champion Kiko Martinez and it seems world level has come and gone but the Boxing Binman might have a few tricks up his sleeve just yet, you cant write him off but his record drops to 27-3-1, 11KOs.

Heavyweight prospect Anthony Joshua made it 4 wins out of 4 with 4 KOs, when he stopped Dorian Darch in the second round after another dominant performance. Working behind his stiff jab he set Darch up for the right hand bombs and it wasn’t long before he was feeling the effects and at the end of the first his legs stiffened from a big shot, Joshua went in for the finish and the bell halted his charge and saved Darch. It only was temporary though and in the second the London Olympic Gold medal winner went looking to put his opponent under more pressure.

Darch, 29, did his best to fight back and make a fight of it but was again in trouble when Joshua again opened up and let the combinations go. Again Darch was brave but the end was around the corner and it was a big left hook from Joshua that had Darch rocking and the referee jumped in and stopped the fight. Joshua will look to have a busy year on his journey into title contention, it’s early days but Joshua, 24, looks to have all the attributes to make him a force in the heavyweight division. Darch drops his record to 7-3, 1KO.

Dale Evans outpointed Erick Ochieng over 8 rounds to hand the former English champion his second successive defeat. Ochieng had lost a British title challenge against Liam Smith in his last fight and was looking to get back to winning ways but Evans had other plans and boxed well to get a win that puts his name up there and sets off 2014 very nicely indeed for the man from St Clears in Wales. Evans takes his professional record to 8-1-1, 3KOs, his only loss coming against via a split decision to Glenn Foot in the Prizefighter welterweight final last year and a rematch could be in the offing. Ochieng drops to 14-3, 4KOs.