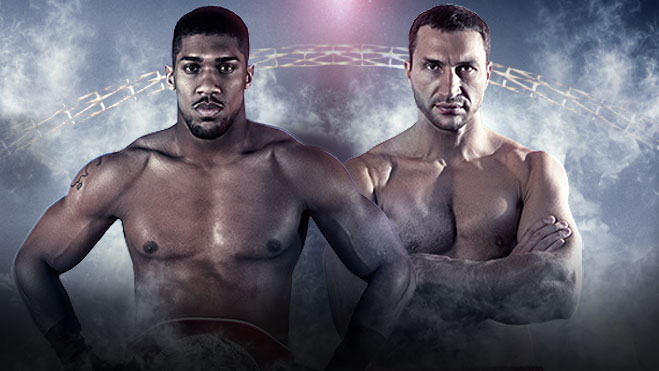 The biggest boxing crowd Wembley Stadium Connected by EE has ever seen – a record 90,000 capacity – will watch the heavyweight clash between Anthony Joshua MBE and Wladimir Klitschko live on Sky Sports Box Office, the Mayor of London announced today.

Sadiq Khan stepped in to ensure the fight for Joshua’s IBF title and the vacant WBA Super and IBO Heavyweight crowns on April 29 will be seen by a post-war record crowd of 90,000.

Reaffirming his commitment to stage the biggest sporting events in the capital, Sadiq answered the call of boxing fans by boosting capacity for the fight by 10,000, after boxing promoter Eddie Hearn secured permission for 80,000.

The new batch of tickets will go on sale at 10am on Wednesday February 1 from www.stubhub.co.uk priced at £40 upper tier and £60 and £80 in the lower tier. Limited coach packages also remain on sale via See Tickets at www.seetickets.com

The London showdown, which will be broadcast around the world, will break the post-war British record for attendance at a boxing match for the rematch between Carl Froch and George Groves at Wembley in 2014. It equals the British record of 90,000 when Len Harvey fought Jock McAvoy at White City in London in 1939.

The Mayor brought together officials from Network Rail, Transport for London and Wembley Stadium to explore ways to increase capacity for the fight by committing more overground trains and London Underground services to get fans safely to and from the venue.

Network Rail agreed to temporarily postpone planned engineering works on the day, while the Mayor instructed TfL to increase capacity on the Jubilee and Metropolitan lines to help transport boxing fans home from Wembley. Chiltern Railways has also prepared an enhanced and later train service to help with egress.

The Mayor of London, Sadiq Khan, said: “I can’t wait to see the fight of the year here in London and it’s fantastic that a post-war record crowd will get to watch it at a world-class venue like Wembley.

“I’m delighted Transport for London and Network Rail have pulled out all the stops to make this happen so we can move 90,000 people around the capital quickly and safely. Like me, they have recognised the importance to the capital of staging this epic showdown of the best two fighters in the heavyweight division and I look forward to our great city staging more great fights in the future.”

Eddie Hearn, Managing Director of Matchroom Sport, said: “I’m delighted that the capacity for Joshua vs Klitschko has been increased to 90,000 making it the biggest live gate of all time at the new Wembley stadium. I want to thank Wembley, TfL and Brent Council and particularly the Mayor of London, Sadiq Khan, who has fought our corner to ensure a capacity crowd will get the opportunity to watch this event live in the capital.

“At the boxing writers’ dinner last year, Sadiq urged me to bring the biggest fights possible to the city and I’m delighted to have the biggest fight in British boxing history at Wembley Stadium on April 29.”

Bernd Boente, Managing Director of Klitschko Management Group said: “This world championship at the sold out Wembley stadium will be one of the biggest event worldwide this year.” I

Mark Wild, Managing Director for London Underground, said: “Helping people travel around London safely so that they can see the best of what the capital has to offer is one of our top priorities. By working closely with Wembley Stadium and Network Rail we’ll now be able to run more Tube and Overground services to make sure that those going to the boxing will be able to get home safely and more easily.”

Martin Frobisher, manager director for Network Rail’s London North Western route, said: “Our primary focus is helping train customers travel where they want when they want with the greatest of ease.

“That’s why shifting our railway upgrade at North Wembley from April to August was the obvious move.

“We hope fight fans have a great night on Saturday 29 April, including smooth journeys to and from Wembley Stadium.”

Julie Harrington, FA Group Operations Director, said: “Wembley Stadium is a world-class venue and we are delighted to stage this highly anticipated heavyweight world title fight. We look forward to utilising the stadium’s full capacity and welcoming 90,000 people to watch one of the sporting events of the year.”

Cllr Muhammed Butt, Leader of Brent Council, said: “Wembley is a world class venue that has hosted many historic sporting and entertainment events over the years and this record attendance for a boxing match will be yet another chapter in its long and glorious history.

“It just goes to show that when it comes to competing with other stadiums in cities around the world to stage the biggest bouts, Wembley Stadium in Brent can deliver the knock-out blow to its rivals, helping to ensure that London remains the number one choice for event organisers and fans alike.

“We have been home to the national stadium for nearly a century and this record-breaking boxing match builds on our international reputation for hosting such cultural and sporting events.”