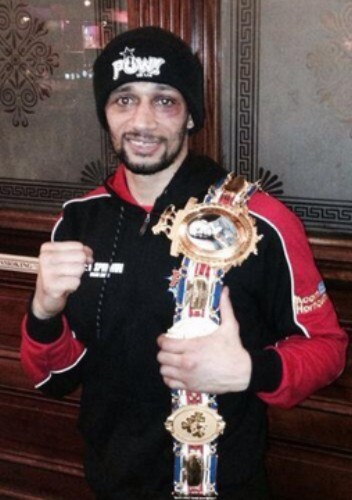 Curtis Woodhouse No Retirement! Says: ‘I’d love to give Paul McCloskey a smack in the mouth’

With Froch-Groves II being staged at Wembley Stadium in May, Woodhouse’s change of heart could see him defending his title in London on the undercard.

“Just to let you all know I’ve decided that I’m going to carry on fighting, still got the fire and the hunger so it’s not time to go,” Woodhouse revealed.

“I would always be asking myself what might have been if I walked away now.

“I’m hoping Dave Coldwell (promoter) can make a few more big nights for me home and abroad, let’s see what comes up, nothing lined up yet but a few exciting options.”

Possibilities for Woodhouse are not short and there is many options for him to consider, with many offers being suggested. A unification fight with Commonwealth champion Willie Limond is one option, while Tommy Coyle and Ricky Boylan have put their names forward to face the in demand Woodhouse.

But one man who Woodhouse wouldn’t mind facing next is former British and European champion Paul McCloskey. The Driffield man says he and McCloskey

“Must admit I’d love to give Paul McCloskey a smack in the mouth, I don’t like him, we have history!”