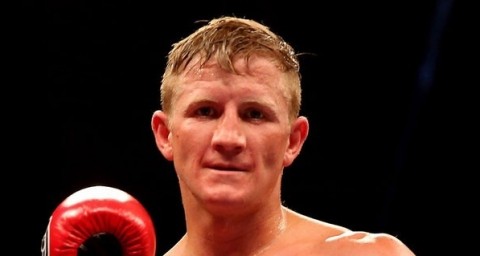 Former British and European champ Paul McCloskey has pulled out of the scheduled fight with unbeaten prospect, Bradley Saunders, due to a knee injury.

The fight was arranged for Saturday 29th March in Metro Radio Arena, Newcastle on the undercard of the British cruiserweight title clash between champion Jon Lewis Dickinson and challenger Neil Dawson.

The Irish southpaw stated on Twitter earlier this week, “Regrettably I will not be fighting on 29th March Newcastle due an injury on my knee, on medical advice I’ve been advised to withdraw #gutted”.

North East’s hot prospect, Saunders shared his disappointment on hearing the news, “Not sure what’s happened, I was training my heart out for it. They said there was an injury but I think he just didn’t fancy it at all”.

Saunders was ecstatic at the prospect of facing such a big name so early on in his fledgling professional career but the news from McCloskey’s camp has left the undefeated light welterweight frustrated.

Using social network sites Facebook and Twitter, the County Durham star voiced his opinion, “Let you all hear it here first – I was willing to do what no other prospect has done for long time in taking chances and fighting top people in my weight division. Only eight fights and fighting one of the best in Britain, Paul McCloskey. The man has just pulled out, hope we get that fight when he’s sorted. The longer he leaves it, the worse it will be for him”.

Bradley’s team is now desperately searching for a new opponent to step into the fray at just four weeks’ notice. “My opponent will be announced in the next few days. I will be fighting still and it will be a good opponent for the public”.

In his previous two fights he took on British Masters Bronze champion Gareth Heard at four week’s notice and headlined his own show in Newcastle against the current Hungarian lightweight champion Gyorgy Mizsei Jr. Both were stopped midway through the contest in the fourth round after multiple knockdowns.

Saunders is pushing on in the quest for titles in 2014 by attempting to take on the light welterweight division’s big names. Sitting rather impatiently just outside the top ten, Saunders is not just knocking on the door but battering it down. The only question is – who will answer?