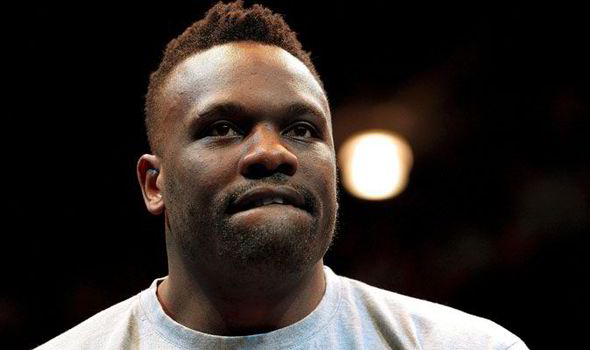 Chisora: “I’ll be too hot for Fury to handle”

Dereck Chisora says rival Tyson Fury won’t stand the heat when they collide in their big heavyweight showdown on Saturday 26th July at the Phones 4 U Arena in Manchester.

Chisora meets Fury in a crucial WBO World Heavyweight Title Eliminator with his European title and the Vacant British title on the line, and today he met with the media at Fredericks restaurant in Islington, North London, before commencing his training camp for the bitter clash.

The Finchley puncher displayed his culinary skills by flambéing a rabbit, controlling some intense flames and saying that he’ll do the same to undefeated Fury who brings the same kind of fire to the ring.

“I can’t wait for July 26th, it’s still over 17 weeks away and I feel like cooking Fury right now,” Said Chisora.

“However you want to put it, boiled, fried or roasted, Fury’s getting cooked.  He won’t be able to stand the heat that I’m bringing to him so he’ll definitely be leaving my kitchen, the ring, once I start turning up the heat,”

“Fury is just like that rabbit, he’ll be running, but I’ll hunt him down and eventually catch up with him and then it’s game over.”

Although Chisora lost to Fury back in July 2011, losing his British and Commonwealth belts and undefeated record, he says to expect a completely different fighter this time around.

He added, “That was three years ago and I’ve reborn as a fighter since then,”

“Trust me, when you see what I do to Fury this time, you’ll have to look at the first fight again to see if it’s the same Dereck Chisora,”

“They say revenge is best served cold, it’s been three years but it will be a cold and calculated performance from me on the night.”

Chisora v Fury headlines The Fight For The Right event, sponsored by Rainham Steel, with Billy Joe Saunders challenging Emanuel Blandamura for the Vacant European Middleweight Championship in the chief-support, with more title fights to be added.