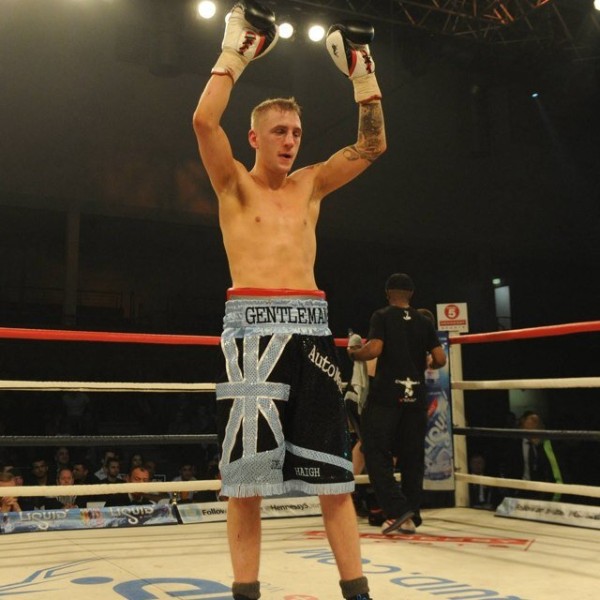 Nine-fight unbeaten Joel Haigh is sure he’ll get back to winning ways when he tops the bill at the Hull City Hall on May 2. After two draws in his last two outings, against Youssef Al Hamidi and Andy Harris, the 23-year-old faces Ibrar Riyaz for the British Masters Silver lightweight belt on home turf. And with training tips coming from local star Tommy Coyle; ‘Gentleman’ Joel is promising an improved performance.

“It’s been brilliant,” explained Haigh on training alongside co-promoter Coyle. “He’s sparred with me and took me on the pads. So I’ve had top class training, and with a top boxing brain like Tommy that can only be a great thing.

“I’m absolutely looking to put in a better performance this time around. Last time I was worried about blowing out against Harris because I’d had a few training problems against Hamidi and that’s what happened with him.

“But I actually had more than enough in the tank, so it was my own fault really that I didn’t put enough work rate in. That won’t be a problem this time. I’ve conquered that now and I’ve been doing 10 rounds sparring easily. It will be a completely different me.”

Riyaz has been in with Britain’s best and deservedly has a reputation as one of the UK’s most durable fighters. Never in a dull fight, the tough-guy has only been stopped three times in 62 outings and, although his wins can be counted on one hand, the Reading man is capable of an upset.

“He’s going to come for a bit of a go,” explained Haigh, “but he’s not got the boxing ability I have. He’s boxed some good lads, but I can only see this going one way – and that’s my way. I’ve been sparring strong lads like Jason Ball and I know can take shots, not that I’m going to. But if it comes to that sort of fight I know I’ve got it. I’m more than confident of getting that first title.”

“This Hull show will be great entertainment. We’ve added former British champion Martin Lindsay to the card, who could be a future opponent for Leeds’ Josh Warrington, and the rest of the card looks entertaining. Joel can’t afford another slip-up in his fight so we should see something special from him and the Hull City Hall will be electric as usual.”