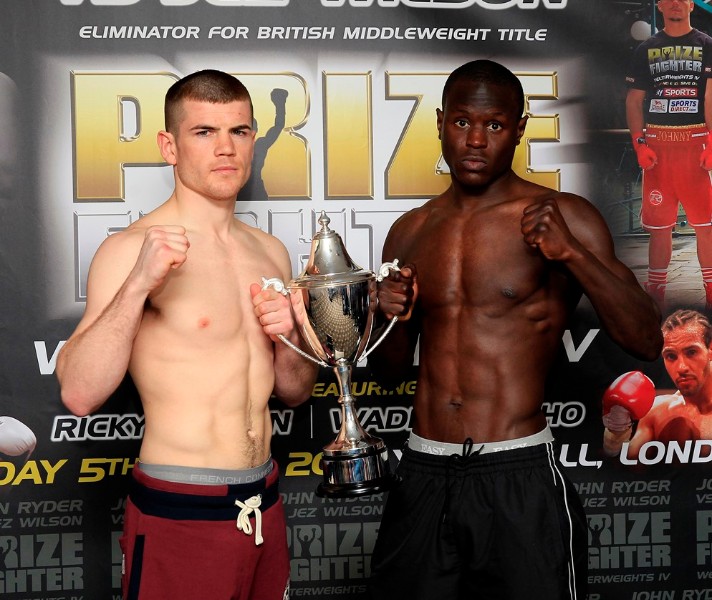 Live on the red button on Sky Sports 2HD from 7pm

Belfast’s Paddy Gallagher is rolling the dice by entering the Prizefighter Welterweights 4 at the sold-out York Hall, Bethnal Green – a risk-reward gamble he intends to make pay live on Sky Sports.

The Commonwealth Gold medal winner turned pro in September 2012 but has only boxed four times since – with three of those fights ending in first round wins. Gallagher says that victory on Saturday will open the doors to land the fights that have so far eluded him.

“I wanted to be in this Prizefighter because of what it can do for your career,” said Gallagher, who faces Erick Ochieng in the opening quarter-final. “It can help you move some steps up the ladder, which is what I want. I want to keep climbing and climbing and go as far as I can in my career.

“When the Prizefighter was announced I said to Gerald McManus, my trainer, and he spoke to my manager John, who got on to Matchroom and things worked out thankfully.

“It is a risk to enter Prizefighter but you go into every fight taking a risk, no matter who it is. Even if it is a journeyman you are fighting, it is always taking a risk. This is just another one of those risks for the record. If things pay off then it is all for a better reward.

“I have been sparring Prizefighter champion Eamonn O’Kane. He boxed last night so we have been working with each other in our training camps. He has been impressed with me and has been telling me things and given me a few tips about how he did it and the way he worked out things. Everything is going well that way, it has been good to have a bit of insight from him.

“He told me to me to try my best and go and win it. You need to treat it as one fight at a time rather than thinking you will be doing nine rounds, because if you lose the first fight you will only be doing three rounds on the night and that is it. You get that three rounder dealt with, and then you worry about the next three rounds.

“I wouldn’t really want to pick one guy I would like to fight, it is just who you get. I don’t mind who I fight, I will fight any of them.

“I fractured my hand in my second fight in London. It was fractured but I didn’t know, I left it for a few weeks and felt alright and when I went and hit the bags I cracked it. I was out for a few months and then it was summer and nothing was happening so it was September before I fought again.

“Hopefully things go well tomorrow and I win this and I keep going and going from there.”

Waiting for the victor of the opening quarter final will be either Dublin’s Dean Byrne or Berkshire’s Mark Douglas who meet in quarter final number two.