Ryder to defend belt against Arnfield in Manchester 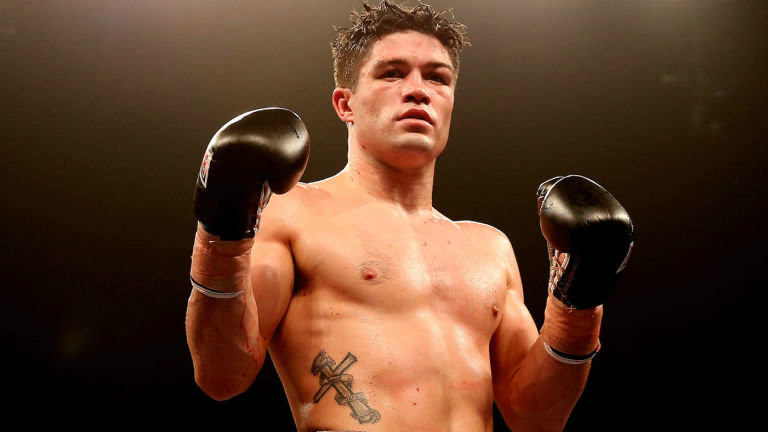 RYDER AND ARNFIELD CLASH IN MANCHESTER

John Ryder will defend his WBA International Middleweight title against Jack Arnfield at the Manchester Arena on September 24, live on Sky Sports.

Ryder landed the strap in January with a points win over the dangerous Belarussian Sergey Khomitsky, and makes his first defence of the title in his third outing of 2016.

Arnfield challenges for his second title in the paid ranks having provided Nick Blackwell with a stern test in their British title bout in November, and Ryder expects a hard night’s work against the Blackpool man.

“It’s great to be back out and in a good fight with Jack,” said Ryder. “I had a good win in January against Khomitsky and then a six rounder in May so this has come at a good time for me. I had a couple of cuts in the Khomitsky fight that needed to heal so it’s no-ones fault that I’ve been out for a bit, but it has made me really hungry for this fight. I might have lost a bit of momentum but I’ve been training hard and everything is on track.

“Jack called me out on Instagram with a few other names and he’s got his wish now so let’s see what he’s got. I’m looking forward to it though, fighting in his backyard with his fans there, it should be a good atmosphere and I’m expecting a hard fight.

“I’m not looking past Jack at all but if I can get a good win against him and get out again before Christmas, then I will be at the front of the queue for a big fight at the start of the 2017.”

Ryder’s clash with Arnfield is part of a huge night of action in Manchester as Anthony Crolla and Jorge Linares lock horns in a mouth-watering unification battle for the WBA and WBC Diamond World and Ring Magazine Lightweight Championships.

Isaac Lowe defends his Commonwealth Featherweight title against Tshifhiwa Munyai and Conor Benn tastes his fifth night of action in the paid ranks with an appearance first at The O2 in London on September 10.

Blackpool middleweight Jack Arnfield (20-2, 5KOs) is chasing big domestic fights has he enters the prime of his career, with the British title his target. `the fight against Ryder fits the bill and a win will catapult him to the top of the domestic rankings and into some big scraps.

Anfield, 27, has already fought for the British title against then champion Nick Blackwell. He stepped in at a weeks notice for that fight and put in a good challenge before losing on points. – His only other defeat was to Cello Renda in the Prizefighter.

Now trained by former champion Michael Jennings and brother Dave in Chorley, Lancashire, Arnfield started his career under Bobby Rimmer. Anfield has a new lease of life and is ready to make his mark on the British middleweight scene and is just waiting for his opportunity, it is now here and will make for a good matchup in Manchester.