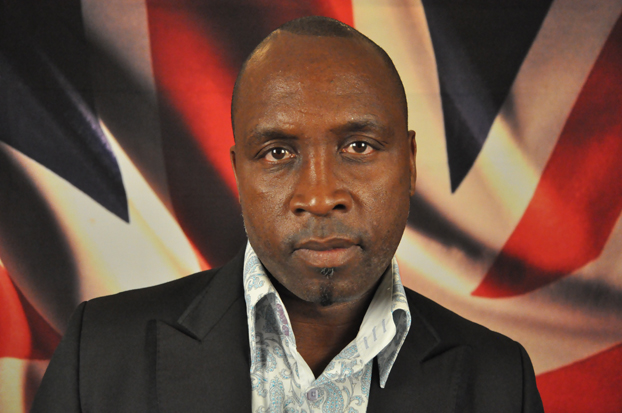 Hold onto your seats! It’s the Best of Nigel Benn (video)

Was there ever a British boxer before or since who captured the essence of what a fighter is all about more than Nigel Benn did? Answers on a post card, or leave a comment below! You can also Follow us on Twitter for all the latest updates @britishboxers

The Dark Destroyer burst on the professional scene on the 28th January 1987 after leaving the army and demolished his first 22 victims by knockout, most of them in the 1st and 2nd round. He was a full on predatory pugilist who when hurt himself was at his most dangerous.

Benn captured the public’s attention and the purists thirst for blood and edge of the seat hurtful drama from day one. That of course all came to a shuddering halt for Benn and his fans, when nice guy and fellow Londoner Michael Watson a masterful technician of a boxer, schooled the rugged Benn, giving the knockout artist a taste of his own medicine in the 6th round of a brilliant fight, in May 1989. The late Reg Gutteridge commented ‘The Big hitter has Been Hit!” has Benn hit the canvas!

Watson was able to parry and block alot of Benn’s early explosive burst and the ones that did get through, he was able to anticipate and absorb, has he watched Benn’s every move from behind his peek-a-boo defence waiting for his moment to pounce when Benn got tired. But that defeat wasn’t the end for Benn, it was the making of him!

They say in sport and life, that a champion is judged, or the content of a person’s character is questioned, on what they do when they are down and out and how one comes back from defeat, hardship and life’s trials and tribulations. After defeat to Watson, Benn went on to prove he was a champion of the highest order and one of the best British boxers we have produced, if not the very best then surely the most exciting! Everyone knew when a Benn fight was coming up and you knew you were in for a dust-up and edge of the seat brutal magic!

Benn went onto star in them epic battles with Chris Eubank and Gerald McClellan and along the way defeated the likes of Doug DeWitt, Iran Barkley, Robbie Sims, Sugar Boy Malinga, Mauro Galvano, Nicky Piper, Vincenzo Nardiello, while holding world titles at both middleweight and super-middleweight.

The video above is a compilation of Benn at his KO best and a must for any fans who remember him or not to take 6:18 minutes to watch it and take heed!

Nigel retired from boxing in 1996 and became a DJ. He later appeared in the first series of the ITV reality TV show I’m a Celebrity… Get Me Out of Here and other TV appearances including a show that pitched him and Eubank together as Gladiators, such was Benn’s crossover appeal and the fact his career was played out on ITV he was an household name! He has since developed a strong faith and now lives with his family in Sydney, Australia, where he is a born again Christian. He also became an ordained minister.

Nigel is also a Patron of the Shannon Bradshaw Trust, a UK children’s charity based in the North West, helping children with life threatening conditions and their families. www.shannonstrust.org.uk

If you liked this video please consider donating to the to the Gerald McClellan fund raiser. www.geraldmcclellan.com

So hold on to your seats! It’s the Best of Nigel Benn! video above.