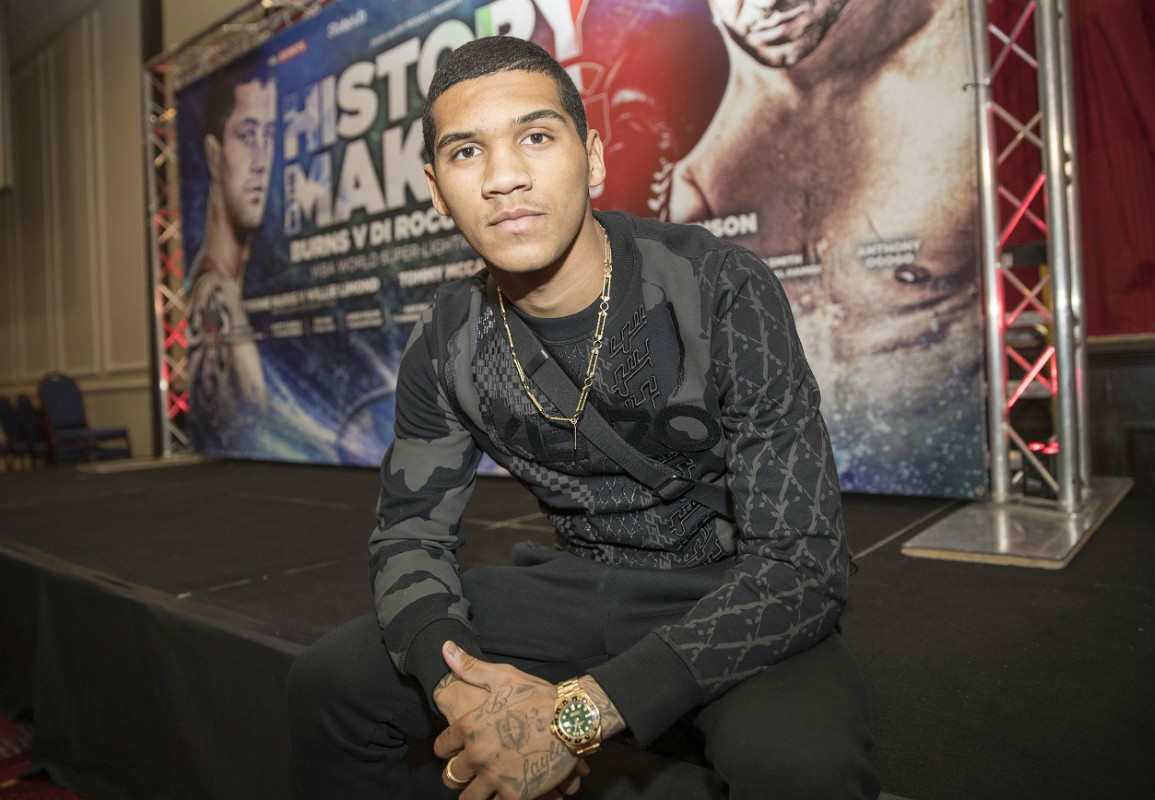 BENN: DAD SAYS GLASGOW FANS ARE ON ANOTHER LEVEL

Conor ready to follow in fathers’ footsteps on Saturday night

Conor Benn says his legendary father has told him to prepare for one of the best atmospheres in boxing when he laces his gloves up for the second time in the paid ranks at the SSE Hydro in Glasgow on Saturday night, live on Sky Sports.

Benn made his pro bow at The O2 in London in April on the undercard of Anthony Joshua’s IBF World Heavyweight title win, landing a first round KO in front of a sold-out crowd in Greenwich and displaying the swashbuckling style that made his father Nigel such a popular fighter in the 1990s.

Nigel Benn boxed twice in Glasgow, once in 1989 and then defended his WBC World Super-Middleweight crown at the SECC in October 1992. ‘The Dark Destroyer’ has regaled Conor with tales of those crazy nights north of the border, and the 19 year old cannot wait to sample another huge crowd expecting a Wold title win for a hometown favourite and stablemate Ricky Burns.

“Dad has told me stories about Glasgow – he says the fans here are amongst the best in the sport,” said Benn. “He said they’re mad and they love their boxing so much. He’s coming on Saturday but he didn’t intend to be here for. He doesn’t want to come to many more fights. Dad is keen for me to make my own path, go my own way and that’s why he has every confidence in Tony Sims and Eddie Hearn in guiding me while he’s at home in Australia.

“He will come to some fights, but it’s a testament to the belief that he has in the team around me. That gives me even more confidence that I’m in the right place with the best people – who will help me achieve my goals in the sport.

“I believe that Ricky Burns will make history on Saturday and become World champion again. He’s been thrown in to sparring with myself and Ohara Davies – we’ve been both trying to take his head off! Fair play to Ricky, he keeps up with us and gives as good as he gets in sparring.”

Benn’s progression in the paid ranks will be played out in front of more huge crowds on massive bills, with the 19 year old set to appear at The O2 on June 25 as Joshua defends his World title. Benn understands that his surname will increase the profile and the pressure on him to succeed, but with just 20 amateur bouts behind him he’s ready to do his learning in rings all over Britain, just like Joshua.

“I want to fight as much as I can, once or twice a month,” said Benn. “I’m looking forward to boxing all over the country. I want the whole of Britain to see me and be part of the journey – I want to show everyone where I’m at. Tony Sims and Eddie Hearn are adopting a similar model they used for Anthony Joshua when he first turned pro – build my profile round the country. I want them to see what scene I’m from.

“When I walked out at The O2 I thought: ‘This is it, and this is it for the rest of my life.’ I’ve got to learn to work with it and embrace it instead of being scared and letting my nerves get the better of me. The British public made me feel at home. For them to back me the way they have is another good feeling. I just can’t wait for more nights like that and there are plenty more to come.”

Benn’s second fight in the paid ranks comes as Burns’ takes his shot at history against Michele Di Rocco for the vacant WBA World Super-Lightweight title.