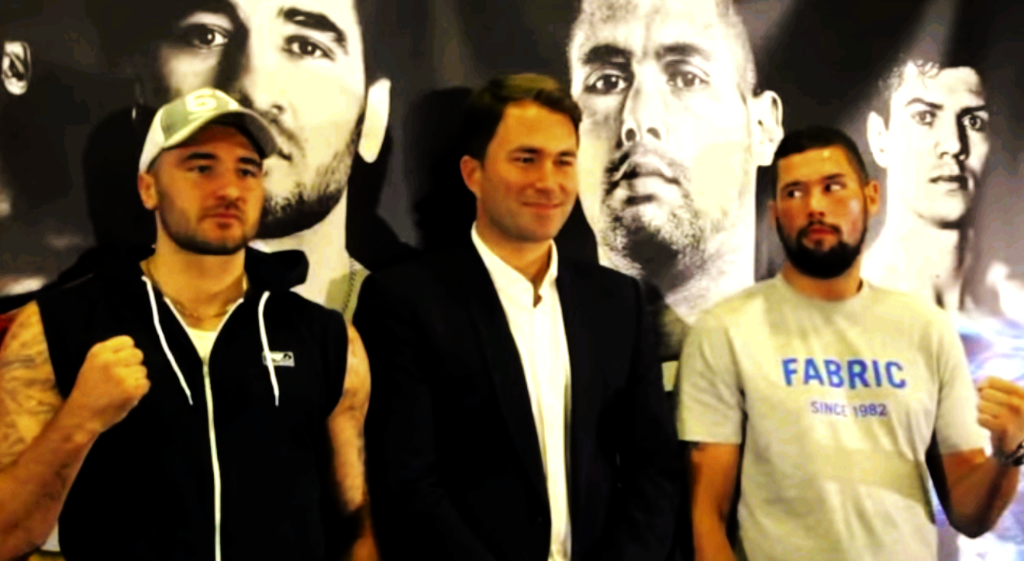 Nathan Cleverly and Tony Bellew will clash in a rematch at cruiserweight three years after the pair first fought for Cleverly’s WBO light-heavyweight title.

The fight will also take place at the same venue as the first, the Echo Arena in Liverpool, Bellew’s home city on November 22nd (TBC).

Cefn Fforest’s Cleverly retained his title that night when he outpointed Bellew in a close fought contest.

Since then both have moved up in weight and have been on collistion course ever since.

Cleverly eventually lost his world title to Sergey Kovalev in August 2013 after getting stopped in the 4th round in Cardiff.

Bellew regrouped after his defeat to Cleverly and went on to challenge for a second world title against Adonis Stevenson, for the Canadian’s WBC light-heavyweight crown in 2013, he was stopped in round 6.

Both have since moved up to cruiserweight and have had 2 KO wins a piece. Cleverly has picked up the WBA Inter-Continental cruiserweight title and Bellew the WBO International cruiserweight title. They both want victory over each other it hurts. Cleverly is promising the same result as the first fight, a win but by KO! Bellew is determined to avenge the loss to Cleverly and expects an ’emotional fight.’

Cleverly’s comments on the rematch!

“I cannot wait for this.

“There will be no final bell in this fight, it’s going to be brutal. Expect fireworks from the build-up, the press conferences, the weigh in and the fight but also expect the same result. A Nathan Cleverly victory and then I will become a two-weight world champion.”

Bellew’s comments on the rematch!

“I want this more than any fight in the world.

“I’ve dreamt about this moment, about putting this right, about ending him.

“His face will be in my mind every day in camp, every night. I can’t explain how badly I want to knock him out and that’s exactly how it will end in November. For the people of Liverpool, expect a great occasion, an epic build up and an emotional fight.”

WBA world bantamweight champion Jamie McDonnell will make his first defence of his title on the undercard of Cleverley-Bellew 2, (opponent TBC)

Should he come through the fight unscathed, McDonnell is expected to face WBO champion Tomeki Kameda in an unification fight early next year, provided the unbeaten Japanese fighter successfully defends his crown on November 1 against Alejandro Hernandez in Chicago.

Cleverly and Bellew clash after Bellew’s title win in Liverpool! – The touchpaper was lit!