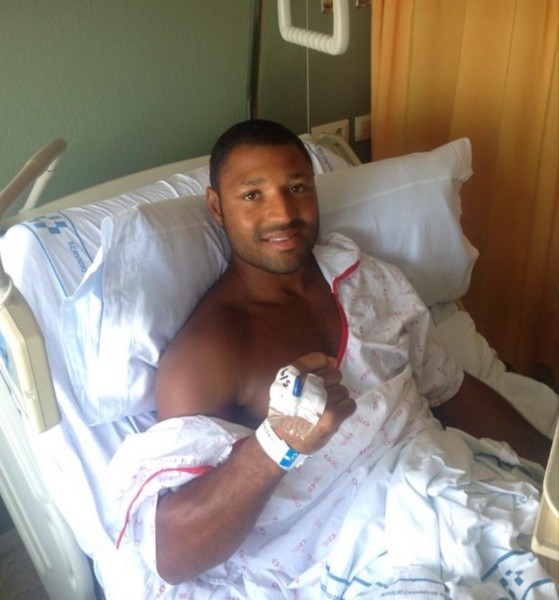 A big thank you for all the support and messages to @SpecialKBrook pic.twitter.com/ScO4RL68Fv

Boxer Kell Brook is in a stable condition in hospital in Tenerife after an attack whilst on holiday with his family.

The IBF Welterweight champion was admitted to hospital in the early hours Thursday morning after suffering a serious stab wound to his left leg. Commenting from his hospital bed, Kell Brook said:

“I was out enjoying a night out before returning home to the UK when I was the victim of an unprovoked attack.

“I’m devastated right now after being on such a high having achieved my dream of becoming World Champion in Los Angeles last month. This is obviously a major setback but the thought of defending my title is what’s keeping me positive right now. I want to thank everyone for their support and ask for privacy for myself and my family at this time. Make no mistake – I will be back.”

Brook will spend the weekend in hospital and will return to Sheffield on Monday to begin his rehabilitation. His promoter Eddie Hearn commented: “We were all glad to get out here and see Kell for ourselves.

The important thing now is to get him home and after some rest begin physiotherapy on his injuries. His first defence was planned on December 6 which is now unrealistic but we fully expect Kell to be back in the ring early next year.” Matchroom Sport, Eddie Hearn and Kell Brook will be making no further statements on the matter at this time.

Here with the champ – he is stable in hospital – we will issue a full statement later today @SpecialKBrook pic.twitter.com/YQyq8ZvFnx