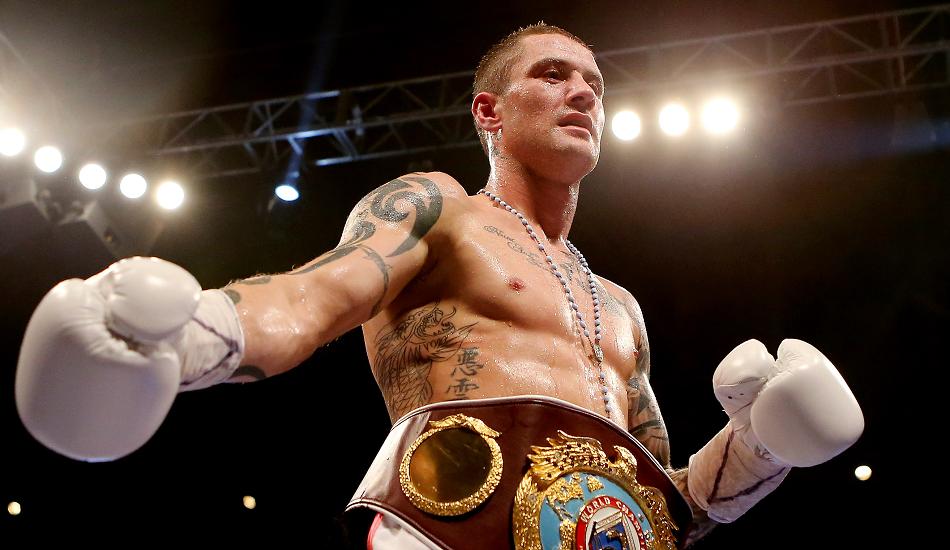 “I am so excited to be bringing this huge event to my hometown,” said Figueroa. “It is my dream to fight on such a big stage and bring this kind of attention to Hidalgo. My fans have supported me from day one, and I plan on showing them how grateful I am with a stellar performance on May 9.”

“I can’t wait for this fight. Ever since it was confirmed I’ve been absolutely buzzing in the gym,” said Burns. “I’ve had some great nights in Scotland winning and defending my world titles at two different weights but I have always wanted to box in America. Our styles gel perfectly for one hell of a fight, neither of us take a step back – bring on May 9!”

This will be a home game for Figueroa, who will be making his initial start at 140 pounds after a hard-fought ninth-round knockout over Daniel Estrada in a slugfest last August. The 25-year-old Figueroa vacated his 135-pound belt after that defence. He became a champion in 2013 when he earned a unanimous 12-round decision over Nihito Arakawa in a brutal Fight of the Year battle. Figueroa, despite fighting with a cut on his nose from an accidental head-butt, registered two knockdowns in the memorable slugfest.  Since then Figueroa defended his title twice, first with a split-decision victory over Jerry Belmontes and later with a ninth-round knockout against Daniel Estrada. Now the Weslaco, Texas native will move up in weight when he battles Burns on May 9.

An experienced fighter and former two-division world champion out of Scotland, Burns looks to add a huge victory to his resume when he takes on Figueroa. A champion in the junior lightweight and lightweight divisions, the 31-year-old owns victories over a host of accomplished fighters including Roman Martinez, Michael Katsidis and Kevin Mitchell. After suffering consecutive losses to Terrence Crawford and Dejan Zlaticanin, Burns bounced back to defeat Alexandre Lepelley in October 2014 and he will look to keep that momentum going on May 9.

An undefeated world champion out of Tokyo, Kameda announced his arrival stateside with a vicious knockout over Pungluang Sor Singyu in July 2014 in Las Vegas. That knockout was Kameda’s second bantamweight title defence after he won the belt from Paulus Ambunda in 2013. The 23-year-old followed up his U.S. debut when he defeated Alejandro Hernandez in Chicago via split decision. His next challenge comes when he faces fellow bantamweight world champion McDonnell.

The United Kingdom’s McDonnell has been on a tear since 2008 with 17 consecutive wins. Most recently, he became a bantamweight world champion with a victory over Tabtimdaeng Na Rachawat and later successfully defended against Javier Nicolas Chacon.

PBC on CBS, headlined by Figueroa vs. Burns, is promoted by Warriors Boxing and Panterita Promotions in association with Matchroom Sport. The event takes place at State Farm Arena in Hidalgo, Texas with the CBS telecast beginning at 4 p.m. ET/1 p.m. PT.

“We’re very excited to bring this exciting fight to the great fight city of Hidalgo,” said Leon Margules, President of Warriors Boxing. “I have no doubt that these two fighters are going to put on an incredible show for the fans at State Farm Arena.”