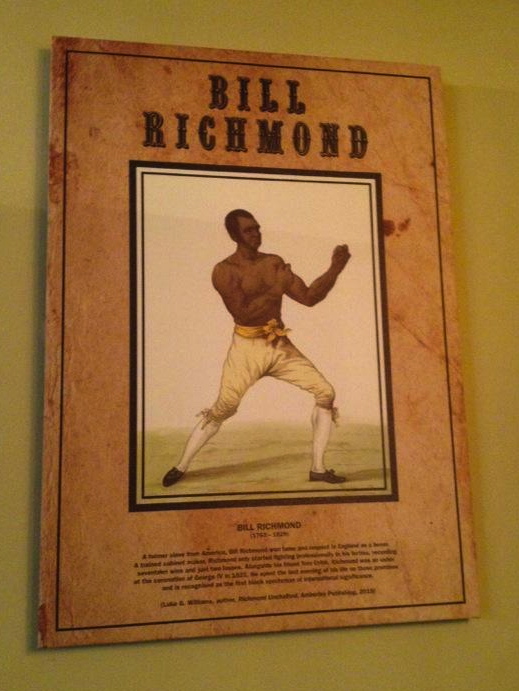 A permanent memorial to pioneering black boxer Bill Richmond (1763-1829) was unveiled by Earl George Percy at the Tom Cribb pub, in Panton Street, London on Wednesday 26 August 2015 at 2.30pm.

A plaque consisting of a portrait of Richmond and a summary of his amazing life and career now adorns the wall of the historic pub owned by Shepherd Neame brewery in recognition of Richmond’s position in history as the first black sportsman to achieve international fame and significance.

The unveiling took place at a launch event for Luke G. Williams’ new book Richmond Unchained: The Biography of the World’s First Black Sporting Superstar, which was published on 15 August by Amberley Books.

Born into slavery in America, Richmond travelled to England in the 1770s thanks to the kindly intervention of Earl Hugh Percy, a British soldier renowned for his humanitarianism, who ensured that Richmond received an education and was apprenticed to a cabinetmaker. It was therefore fitting that Hugh Percy’s direct descendant, Earl George Percy, unveiled this memorial to one of sporting history’s leading pioneers.

Although he only became a professional boxer in his forties, Richmond assembled an impressive record of 17 wins from 19 contests, while he was also a highly sought after trainer and gymnastic instructor. Richmond was one of the most recognisable celebrities in Georgian Britain, mixing with the likes of William Hazlitt and Lord Byron. A measure of the high regard in which he was held was the fact that he was present at the coronation celebrations of King George IV in 1821.

Author of Richmond Unchained Luke G. Williams said: “Although he was the first major black sportsman in history, Bill Richmond’s amazing life, career and achievements have never been recognised with any form of public memorial. I’m delighted that this historical oversight has now been corrected. Hopefully, when future generations drink or dine at the Tom Cribb pub in the future they will see Richmond’s portrait on the wall and want to find out more about this remarkable man.”

Earl George Percy said: “The relationship between my ancestor and Bill was remarkable. They began life at opposite ends of the social spectrum and yet this relationship was created between them. Bill went from life as a slave to become a sporting celebrity and an usher at the coronation of George IV. It’s an amazing story and he really does deserve this recognition.”

Historian and broadcaster David Olusoga (a guest at the event) said: “There were a whole host of Black Georgian figures, like Bill, who were important cultural figures in the city of London a couple of hundred years ago. They have been slightly written out of history, but they were huge stars of their day and we should put them back into our national memory, back into our history.” 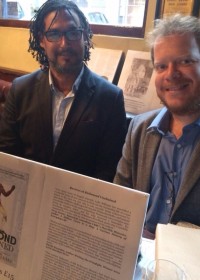 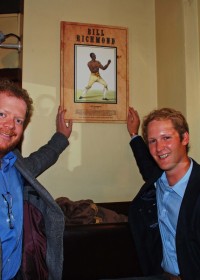 Further details about Shepherd Neame and the Tom Cribb pub: