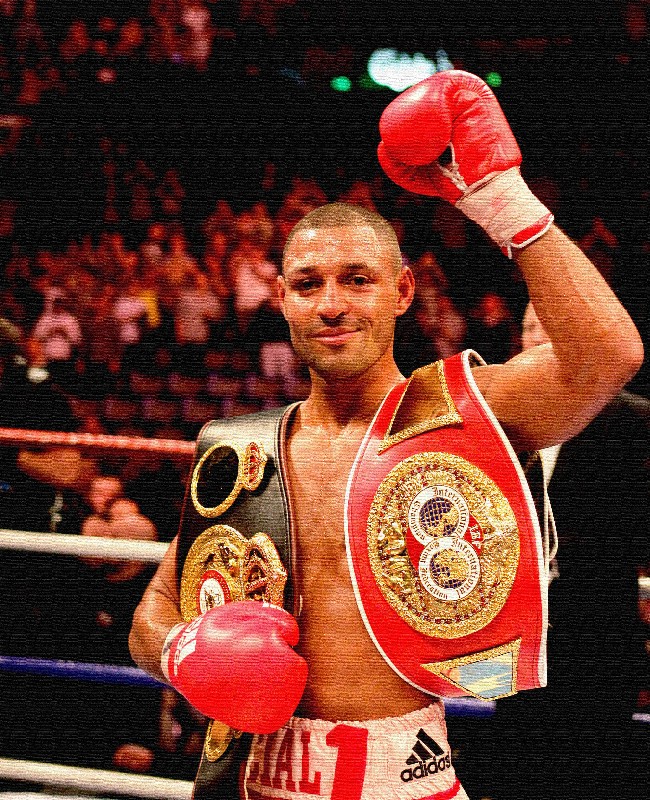 With reports surfacing that IBF welterweight world champion Kell Brook is in talks to unify the welterweight titles with WBO champion Timothy Bradley there is real excitement building for what would be a top class fight.

Brook aged 29 from Sheffield is an unbeaten world champion holding a record of 35-0 with 24 wins by way of knock out. He is a rising star in the highly competitive welterweight division having looked a class above most he has entered the ring with.

Having endured frustrating times out of the ring with injury which forced his world title opportunity back a couple of years he entered the ring against Shawn Porter last year as the underdog.

Porter had home advantage and was being billed as a mini Mike Tyson with his ferocious punch power and aggressive style. Brook produced a fantastic display on the night and really came of age. He tamed Porter and didn’t allow him to assert the dominance with which he usually fights.

Brook superior boxing skill came out on top and he became world champion in America. Since then he has gone on to suffer more devastating times out of the ring with a horrific stabbing incident leaving him fighting for his life.

Thankfully Brook underwent surgery and intensive rehab and was able to restart his career. The mental strength required to have got through such tough times and still have the desire to get back in the ring shows what a true champion Brook is.

Brook returned to his native Sheffield when making his mandatory defence of the IBF title against Jo Jo Dan. Dan was well out of his depth on the night and looked like a fish out of water. Brook set upon him and dominated him from start to finish.

The fight ended with a fourth round retirement after Dan had been down four times in the fight. This performance swept away any worries of his physical and mental state following the stabbing and reinforced his status as a top level boxer.

Brook then went straight back into training camp to headline a bumper bill at the 02 Arena in May against fellow Brit Frankie Gavin. Gavin is a technically skilled fighter who achieved a lot as an amateur but failed to live up to his potential as a professional.

Gavin was extremely defensive in the fight and seemed content to try and neutralise Brook’s offensive work rather than focus on landing much himself. This led to a pretty uninteresting fight and  Brook eventually got to grips with Gavin’s style and stopped him in the sixth round.

Since then Brook has looked to agree a fight with Amir Khan in what would be a mega fight. The two seem set to meet at some point but not quite yet with Khan pursuing other fights.

Brook is now as previously mentioned being linked with a unification fight with the very underrated Timothy Bradley.

Promoter Eddie Hearn has been quoted as saying “Kell Brook is due to fight on October 24 in Sheffield. We had a very interesting meeting with Bob Arum in London and we really want to make the Tim Bradley fight.

“It’s a fight that’s such a great fight. I rate Tim Bradley as one of the very best welterweights in the world, as I do Kell.

“We’ve also agreed terms with Diego Chavez if we want that fight. It’s a tough fight. It’s one that Kell might not get as much credit but you’ve got a guy coming off a draw with Bradley. People ask who he is but trust me, this is a tough fight.

“We’re also in talks with Ruslan Provodnikov, which is a fight I really like as well. Kell is in camp now and ready to go. It’s tough matching him because people know how good he is. I think Brandon Rios decided he couldn’t win the fight.

Bradley aged 31 from California is a top level welterweight having faced some of the best in the world for a long time now. He holds a record of 32 wins, one loss and one draw having fought the likes of Lamont Peterson, Devon Alexander, Manny Pacquiao, Ruslan Provodnikov and Juan Manuel Marquez.

Bradley has an extremely high work rate and amazing levels of determination to win. His fight with Provodnikov in 2013 is an absolute war in which Bradley was badly hurt several times but he somehow found a way to grit through the fight.

He is a technically skilled fighter who was last seen winning the WBO title against the previously unbeaten Jessie Vargas. Bradley had dominated the fight with his superior skill and experience until late in the final round when he was hurt badly by a right hand.

Bradley stumbled back but remained on his feet. Vargas went on the attack and referee Pat Russell stepped in and appeared to wave off the fight. Vargas believed he had won but in a bizarre incident Russell thought he heard the final bell and stepped in to bring the fight to an end.

The fight went to the judges’ scorecards and Bradley walked away victorious. This controversy ruined what was a very good performance from Bradley and one in which he proved he was still a world class operator.

A unification fight between Brook and Bradley really would be a fascinating fight in which legitimate reasons could be given for either man to walk away the winner.

Bradley is a fantastic boxer with a huge heart and a desire to fight the best out there. Brook is looking to really propel himself as a huge name both in Britain and in America and defeating Bradley would definitely do that.

It would be the matching of two very skilled fighters who have a lot left in the tank and really would get fight fans excited.

If Matchroom promoter Eddie Hearn can pull off the fight then it would prove a massive coup for Brook to have home advantage in what would be a highly competitive fight.

As always in boxing it is best not to get excited until a deal in announced as this is a sport which has a habit of flirting with fans desires before crushing them the very next day.

Let’s hope this one can come to fruition as it would be a real test for Brook and would give a real indication of just what he can go on to achieve in the sport.

Only the very best beat Timothy Bradley and if Brook was to do so he could so it would create real excitement that we have a real talent on our hands who will go on to have many great nights in the coming years.

Boxing fans are being treated to a host of top fights at the moment with Golovkin versus Lemieux and Cotto versus Canelo and this would be another to add to the list.