The Supple-Ment: The Truth Was Too Much For Brook 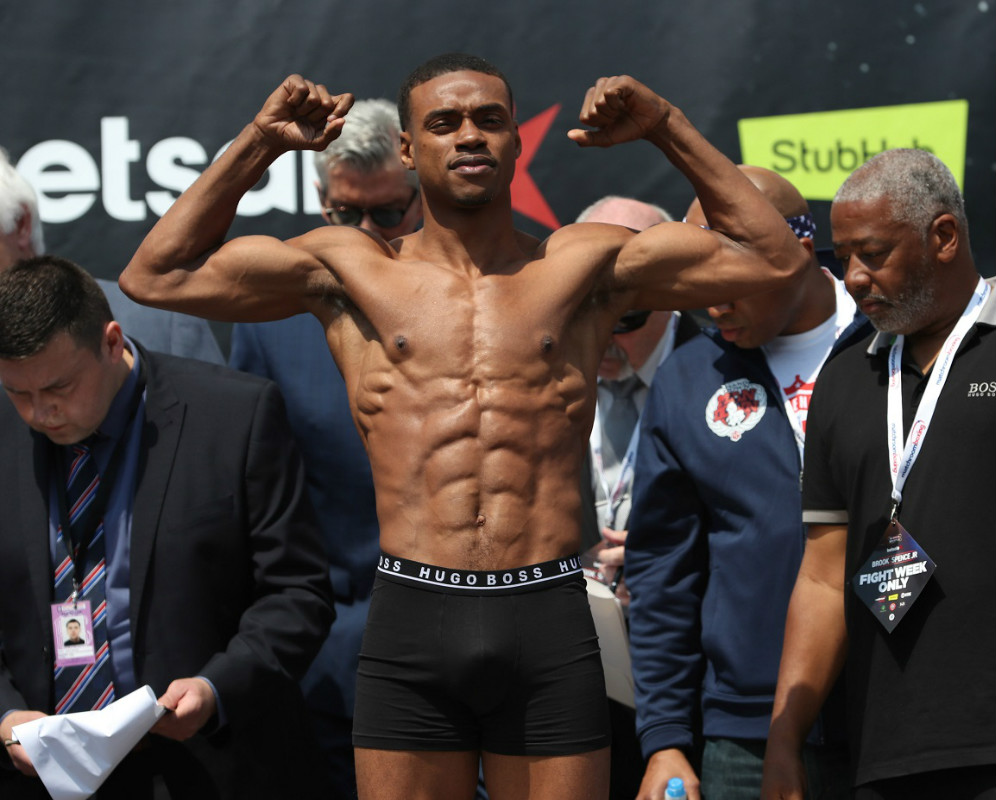 Saturday night marked my first boxing show for a while. You know how it is, the usual conversation with yourself; can I afford a ticket, do I want a four hour round trip, is there a kid’s birthday party I need to be a taxi service for happening on the same day?

Although I knew Kell Brook against Errol Spence was a top drawer prospect, I’d procrastinated the decision making process until the day before the fight. But then I tuned in to watch the excellent ‘Behind The Ropes’ show Sky Sports airs in the lead up to their pay-per-views.

A stranger in a strange, cold town, Spence stared at Brook during the press conference and calmly drawled: “Man down. Don’t run. Stand in the middle of the ring.” ‘Wow’, I thought. He means business. No Floyd Mayweather-type idiot antics required, just fighting talk.

We’ve seen US fighters arrive on these shores before. Full of hype, full of confidence. Tired cliches are used by the lazy uninformed. Jeff Lacy is not the template for an American coming to fight in the UK. He was simply another American who came to fight in the UK. As did Timothy Bradley, as did Rico Hoye, as did Terence Crawford, as did Mark Breland. Different circumstances, different fighters, different outcomes.

Spence, the latest arrival, seemed to have something. Boxing fans were familiar with him as a fighter not satisfied with pot-shotting to points decisions, wrecking proven, durable fighters such as Chris Van Heerden, Leonard Bundu and Chris Algieri. Lurking as IBF mandatory challenger for a while, Spence watched as his target Brook stepped up two weight classes to challenge middleweight machine Gennady Golovkin last October. One smashed up eye and eight months’ rehabilitation later, Brook surprised many by returning to welterweight, and accepting a defence against Spence.

The question of whether Brook will be satisfied with his championship reign is an interesting one. An excellent, if narrow, away victory over Shawn Porter was the opener to a couple of poor years, marred firstly by a knife assault and then the somewhat ignominious C-level defences of his title. Fighters like any sportsmen need to make money and need to maximise their earnings. I understand that. And Brook has been extremely successful in that regard. But looking through a fan’s eyes, people don’t adopt fighters as their favourites on account of how financially savvy they are. The sport is nothing as a spectacle without legacies. A true legacy cannot be forged without risk, something Spence had no hesitation in taking: “That’s what real fighters do. Fight anywhere.”

I’ve been told many times how when Marvelous Marvin Hagler ripped away Alan Minter’s world middleweight title, everyone knew they had witnessed something, or someone, very special. Whilst not quite the same seismic impact, Spence’s self-assured victory in Sheffield was impressive, as was his honest post-fight appraisal that it wasn’t the gameplan or even the performance he wanted. A tentative start was soon forgotten as Spence found a rhythm, the sharpness and accuracy of his shots ultimately proving too much for a champion unable to maintain the early pace. If there were any unexpressed confidence issues amongst the Spence camp, they must have been completely eradicated with this victory in circumstances stacked against them.

In contrast to the climate of Dallas, Texas the weather was a windy chill by fight time. Even lads who had erroneously arrived in t-shirt and shorts had to admit their mistake amidst vapour clouds of strawberry and banana (smoking sure ain’t what it used to be). There were 26,990 British fans rooting against Spence—I spotted ten of his fans and family members. He was facing an established world champion who had never been decked. Roughly half an hour of combat later, Spence walked out of the lion’s den with another man down and another stoppage win. As a vanquished British fighter, most of the post-fight descriptive has been focused on Kell Brook (now 36-1 25 KOs), whose future must be questionable having suffered yet another broken orbital bone.

But whatever and whoever figures in the Texan’s future, it is undoubtedly bright. Keith Thurman, Manny Pacquiao and maybe the aforementioned Crawford are in Spence’s crosshairs. Stating his intention to clean up the division, a unification with WBA champion Thurman could be the logical next step after ‘One Time’ returns from injury. Not every great match turns out to be a great fight, but in Thurman, a come-forward offensively-minded crowd pleaser, everything says it would deliver. Strap season has only just started.

Despite his youthful appearance, at 27-years-old, Spence (22-0, 19 early) is no baby. On Saturday he proved his billing of ‘The Truth’ is no false dawn.