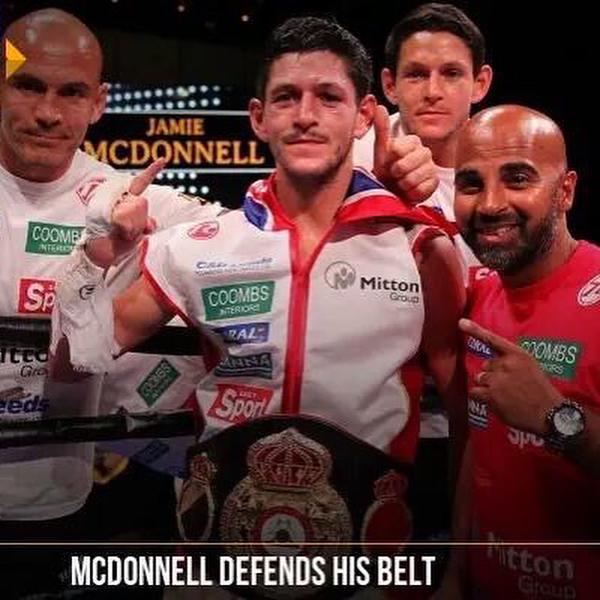 Jamie McDonnell is still the WBA bantamweight champion of the world after retaining his title with a unanimous points victory over Japan’s Tomoki Kameda at the American Bank Center in Corpus Christi, Texas on Sunday.

In this a rematch of their first meeting in May, that McDonnell took on points. The Doncaster man again put on a well schooled professional display to out box and out smart Kameda over the distance, winning on the judges scorecards 116-111, 115-112, 117-110.

McDonnell managed to drop Kameda in the last round to cement his victory.

Well, he did it!!!! @JamieMcdonnell1 take a bow! #AndStill #WorldChampion #boxing ???????? pic.twitter.com/khvxAHY3ja

Kameda had started the fight at a quicker pace and was catching McDonnell with well timed hooks, but as soon as the Brit adjusted and found his range, he began to systemically beat his challenger to the punch and his busy work rate saw him home.

“That fight felt easier than the last. I felt in control, the jab was key.” A very happy McDonnell said after the fight:

I think I threw the jab more than I threw anything. It was working and I felt in control all the way through.

“I think he slipped a little for the knockdown but I did catch him and that sealed the victory.”