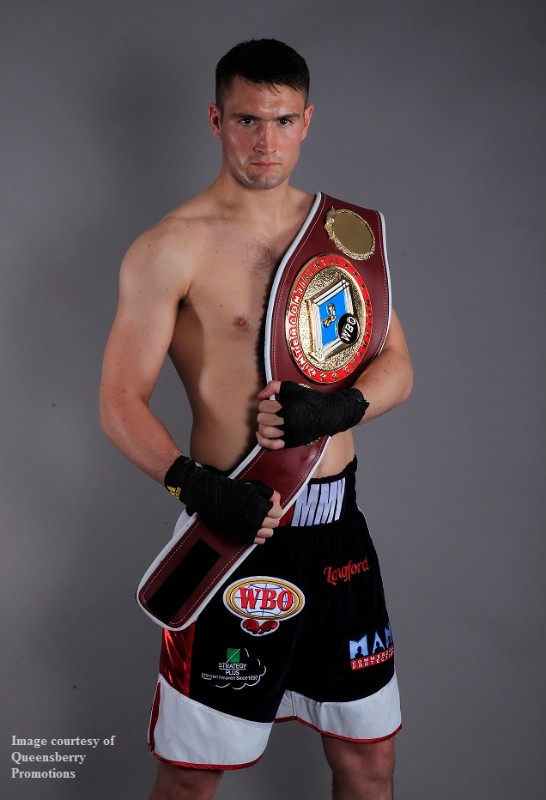 Langford gets Argentinian champion in maiden title defence on October 3

Latest opponent announced three weeks ahead of fight night will provide Langford with his toughest test yet.

The unbeaten Birmingham-based ace headlines the show for the first time in his three year professional career that has seen him race to 13 fights unbeaten without ever losing a single round.

Of his forthcoming 32-year-old opponent, the 26-year-old stated, “He’s a good southpaw, good mover, clever boxer, he sneaks through fights and picks up the rounds and wins most on points.

“He’s very durable and never been stopped so he’ll be a good test for me at this point in my career but I think I’ll break him down and stop him.”

Five of Rios’ losses came within his first 12 contests in what was a very patchy start to his pro career between 2008 and 2010. He has only suffered one more defeat in the last 17 fights when stepping up to challenge for the Argentina (FAB) middleweight title in 2012, which he won on his second attempt in August last year.

Langford added, “He’s on a run at the moment, he’s undefeated in the last three years and had a good draw against Jorge Sebastian Heiland who KO’d [Matthew] Macklin in his last fight.

“He’s definitely up there but he’s never fought outside of his country and he’ll be coming to me in a hostile environment.”

Bideford-born Langford (pictured) is currently experiencing a coming-of-age period in his career, finishing four of his last fights early.

“Looking at his record, he’s not been stopped and been in with some good operators, but I’ve always been comfortable with the southpaw stance and always been able to hit well with good punches,” said the six foot tall student of Hall Green Boxing Club, run by trainer Tom Chaney.

“He’s a bit of a mover so I’ll have to break him down but I’ll stop him in the second half of the fight, but it all depends on how tough he is, if he doesn’t get out of the way then he’ll get hit a lot so it’s whether he can weather the storm for long, really.”

“I’m on a roll now, really, in the gym and at the business end of the camp now so just fine-tuning and getting ready to do the job on the night.”

The fourteenth fight of the 26-year-old’s career will be his fourth at the Wolves Civic, previously enjoying an emphatic performance against former Central Area super-middleweight champion Wayne Reed (11-9) on Valentine’s Day this year, providing chief support for the first time, which pundits at ringside called the display, “a perfect all-round performance.”

The 160-pounder systematically dismantled the Seffield boxer by hurting the 28-year-old southpaw with devastating body shots, dropping him twice in round four and causing referee Robert Chalmers to rightfully intervene in the fifth round.

Next, Langford when one better when fighting outside of England for the first time as a pro by stopping a tough Mexican in Julio Cesar Avalos (15-4) on American Independence Day at The National Stadium in Dublin, picking up his maiden title in the WBO IC strap, on the undercard of Jamie Conlan’s WBO European title defence against Junior Granados (13-3-1).

“There’s a lot more to come from me,” Langford claimed. “I’m happy with the last two performances and all the things I’ve been working on in the gym, I’ve managed to show in the ring, such as my strength.

“I’m a lot stronger now and there’s a lot more to come from me. The better the fighter in front of me, the more it will bring from me.”

Chief-support on the show is an eliminator for the English light-middleweight championship between Dudley’s Ryan Aston (16-2-2) and Aylesbury’s Nathan Graham 17-6-1).

Dudley lightweight Les Byfield (1-1) will be looking to follow on from his maiden professional win in June over Matt Seawright.