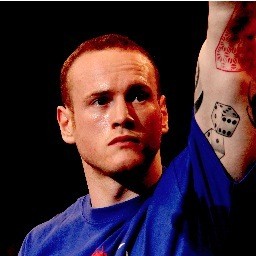 George Groves failed to capture a world title in what was his third time of trying, it ended again in agonising failure as he slipped to a split decision defeat to defending champion Badou Jack in Las Vegas on Saturday.

The man from Hammersmith was shockingly knocked down in the first round but recovered to take the WBC super-middleweight champion the distance in a close heated battled which was scored 115-112, 113-114, 116-111 in the Swedes favour.

The close ran defeat on the undercard of Floyd Mayweather’s fight against Andre Berto in the MGM Grand Garden Arena came after Groves was stopped twice in IBF and WBA title fights against the “Cobra” Carl Froch.

The 27-year-old West Londoner was in serious trouble from the off. Groves immediately went toe-to-toe and was made to regret it when Jack unloaded some early heavy duty shots. A straight right hand caught Groves flush on the jawline and wobbled his legs worryingly prompting the challenger to take a knee.

Having rose straight back up on his feet, the Englishman received a mandatory eight count while on unsteady legs but managed to make it to the bell.

Groves looked to have made a full recovery by the start of the second, a round he probably shaded, but Jack did the better work in the third, his jab particularly effective.

A technical tit-for-tat battle unfolded as both men showed intentions to land crunching fight ending blows. Through the third and fourth, they traded jabs but it was the exchanges of right hands that captivated onlookers.

Groves was occasionally guilty of dropping his left when guarding himself, yet rarely shied away from standing at close quarters, making for an exhilarating clash.

“The Saint” looked like he was gun shy going into the second half of the bout, but maybe he felt he had it in control.

Groves’ forward pressure walked the tightrope between impressive and desperate because Jack often looked capable of responding with hard shots from the back foot. As it wore on, Jack’s punches lost power but not frequency or accuracy.

By the time the end of the ninth came around, Groves’ bruising over his left eye was clear proof of his opponents accuracy after the pair traded reckless blows as it looked like it was going to be a successful first defence of the champion’s WBC belt.

When it go to the 10th Groves looked exhausted as Jack racked up points. Near the end of the frame Jack connected with a devastating right hand to the abdomen that nearly sent Groves to the canvas. Most likely in need of a knockdown entering the championship rounds.

The final two rounds were fought chest-to-chest with short punches ripping in from both fighters. Groves’ best punch of the fight came in the final 30 seconds but the clock was against him as he tried to follow up a stinging right hand, it was all to little to late.

The challenger fought back gamely and had some success in a wild final round, but the Sweedish born Jack was never in serious trouble and probably deserved his victory.

He was left in utter confusion and distress and stormed out of the ring as the judges’ scorecards favoured towards Jack “the Ripper”.

“I am going to take some time to work out what’s next. Losing a world title fight is the worst feeling in the world.”