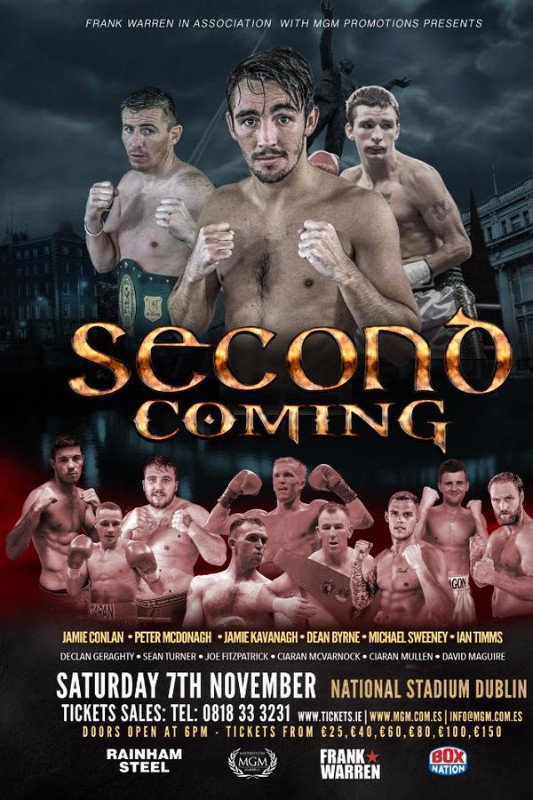 Conlan and Butler look ahead to potential showdown

Super-flyweight stars Jamie Conlan and Paul Butler are heading towards a potential blockbuster showdown next year and the pair will meet face-to-face next month.

It’s a mouthwatering fight between the little men of boxing with plenty of passion and bragging rights between the 115lb rivals that packs just as big a punch as any matches in the heavyweight division.

Undefeated Colan proved why he’s a fight fans’ favourite when he came through a thriller in his last fight in July against hard Mexican Junior Granados at the iconic venue. He overcame two knockdowns in the seventh round to fight his way back and win on the judges’ scorecards.

However his Ellesmere Port adversary, a former IBF World Bantamweight Champion and IBF World Super-Flyweight title challenger, has stoked up the fire by saying that he wasn’t impressed with Conlan’s performance and believes that he can beat the Belfastman if they met.

“Personally I think Conlan’s a good kid, but he’s not good enough to beat me,” said Butler.

“He’s got plenty of heart and I respect that, but against me he’d have to show a lot more than just grit,”

“I’m confident that I’d beat him, whether he stood in front of me, if I took it to him, or if I boxed him, I know I’d come out the winner,”

“There’s not any department that he could beat me from what I’ve seen. If that Mexican kid Granados pushed him back what’s he going to do against the likes of me? I’m bigger and stronger and I’d do what I want to him,”

“I’m looking forward to seeing him up close on the 7th November in Dublin. I hope he shows me something more that what I’ve seen of him,”

“With that said, I know he would raise his against me if we met. It’s a fight that has got the man on the street talking and then you know it’s a big fight.”

Conlan reckons he has Butler’s number and could stop him even earlier than African Zolani Tete who is the only man to have defeated Butler.

“Butler’s is a world level fight so I want his name on my record,” Said Conlan.

“He’s done it at bantamweight, but was exposed at super-fly against Tete, I feel that I have his number and would expose him. He’s show more weaknesses in the fights that he’s won than he’s lost,”

“I get asked everyday ‘When are you going to knockout him out?’. I believe that the fight has got to happen soon. I want it, he wants it, the fans and press want it, so bring it on.”

“I can’t wait to return to the National Stadium on the 7th November for another great night of action, Butler will be there so I hope he doesn’t get cold feet after seeing me fight in the flesh,”

“The fans who come out and support me are fantastic and really make a special atmosphere in there. It definitely gave me a lift when they roared me back up in the seventh round against Granados. I knew they had paid good, hard earned, money to come and watch me so I had to get back up and give them there result they wanted.”

“A victory on the 7th November is crucial to keep the Butler fight alive so I’ll be at my best and give it everything I’ve got. I can’t wait.”