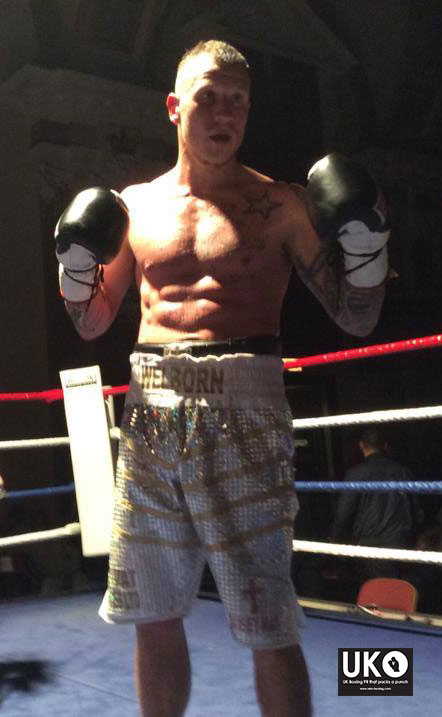 Macklin’s had a great career but it’s my time now, says Welborn

Welborn Ready To Prove Himself

Jason Welborn is ready to prove himself on the big stage this weekend.

Welborn, a two-weight Midlands Area Champion, has twice fought for the British Title and has aspirations of proving himself at elite level. He knows that victory over Macklin – a World Title Challenger and former Irish, British and European Middleweight Champion – would give him that opportunity.

“This is the fight that can open a lot of doors,” Welborn told www.uko-boxing.com. “He’s a top kid from the area, he’s had a brilliant career and fought for world titles; so for me to beat him will put my right up there.

“It’s my world title fight. He will be training hard because he can’t afford any slip ups and I need the win to get me to where I want to get to. He’s strong and will want to try and blast me out, that’s my kind of fight. I respect him for what he’s done but I want to show that I can beat the Matt Macklin’s of this world.”

Welborn came up short in his two British Title challenges, losing to Frankie Gavin and Liam Smith respectively. Although there is no shame in those losses – against a World Amateur Champion and a current World Title Holder – the 29 year-old wants to avenge those defeats with victory this weekend.  He is confident that the odds, this time, are in his favour to do just that.

“When I fought Frankie; he beat me fair and square but I did have a few injuries going into that one and it was at welterweight.

“I took the Liam Smith fight on really short notice. For those two, I knew it was a big ask but for this one, I’ve had a good camp and I’m fighting at my weight.

“Matt’s stepping down to my weight, he’s 32, he’s had some hard fights; we’ll see what’s left in the tank. He’s had a great career but it’s my time now. We’ll see on Saturday. I’m ready to cause an upset.”

Macklin against Welborn is part of a huge night of action in Birmingham as Sam Eggington defends his British and Commonwealth Welterweight titles against old foe Dale Evans, one of two men to beat Eggington in Prizefighter.

Kal Yafai challenges Jason Cunningham for the British Super Flyweight Title and Kal’s unbeaten younger brother, Gamal, faces the most important fight of his blossoming career in a final eliminator for the Commonwealth Super Bantamweight title against Nasibu Ramadhani.

Unbeaten Halesowen middleweight, Lennox Clarke, has been forced to pull out of his Midlands Area Title clash with current holder, Craig Cunningham. Cunningham will still feature on the card.