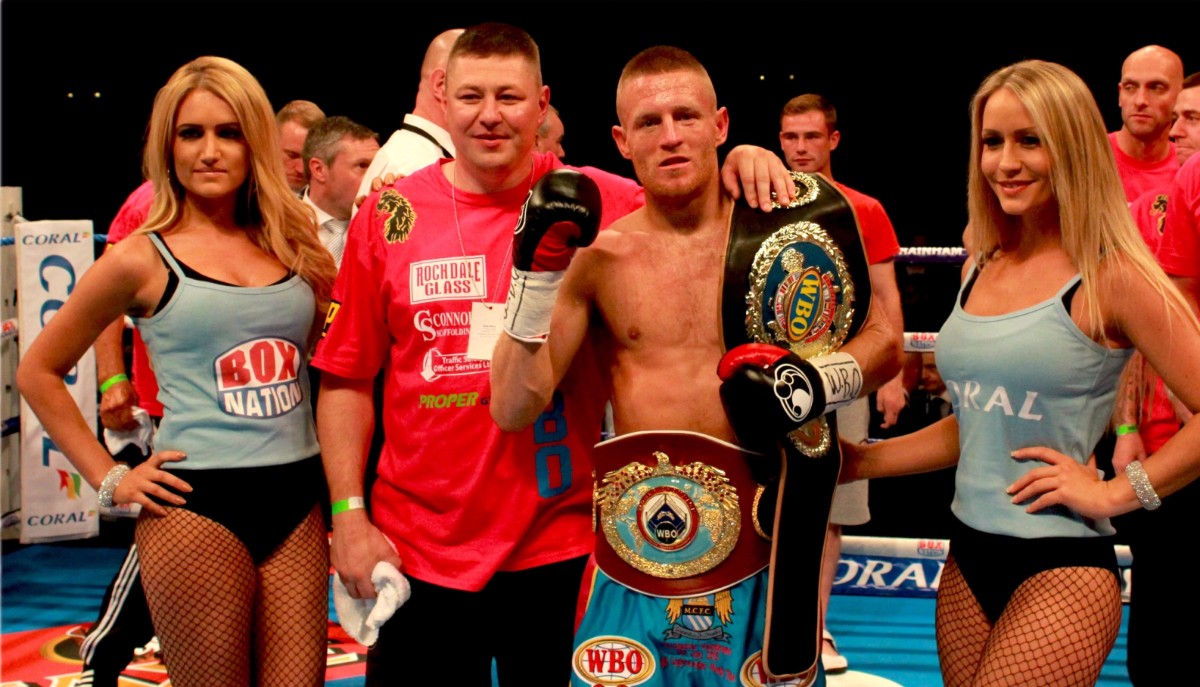 Flanagan confident ahead of world title defence against Magdaleno

Terry “Turbo” Flanagan takes his unbeaten record into his maiden world title defence when he faces dangerous mandatory challenger Diego Magdaleno at the Manchester Arena on Saturday night, confident he will keep his belt.

The 28-0 Mancunian captured the WBO World Lightweight title at Manchester Arena in July 2015. Now the unbeaten ‘Turbo’ returns to the same venue where he’ll once again be roared on by his big Manchester crowd.

“28 times I have fought and I have 28 wins and I expect another on Saturday night against Magdaleno”. Flanagan

The championship card will be packed with top British talent, also featuring Liam Smith in a vacant WBO World Light-Middleweight title showdown against John Thompson, and a host of up-and-coming British stars. (more to come on Smith’s big chance)

In another interesting fight on the night local rivals Jon Kays and Adrian Gonzalez go head to head.

In the video above Flanagan speaks to BoxNation about the fight with Diego Magdaleno.

Watch the fight on BoxNation