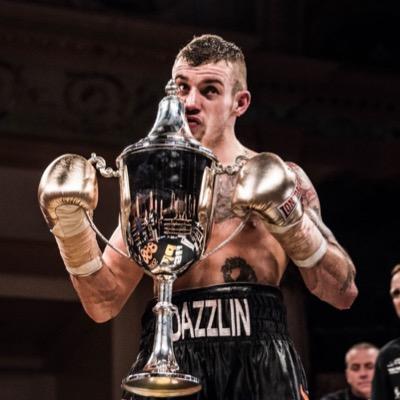 With the mouth-watering 12st British title fight between Rocky Fielding and Callum Smith taking the headlines at the Liverpool Echo Arena this weekend, it’s two fighters with domestic belt aspirations of their dominating the bulk of Dave Coldwell’s attention as Prizefighter winner, Tom Doran, tackles Rod Smith in a superb eliminator the middleweight Lonsdale strap.

Doran, who should have decent backing inside the arena with many fans making the short journey from Connah’s Quay in North Wales, joins his opponent in putting an undefeated record on the line as the pair are set to fight it out for a lucrative belt opportunity a lucrative belt opportunity in the near future. After guiding his charge to glory in Prizefighter earlier this year, Coldwell is confident that further honours are well within Doran’s grasp.

“In the time I’ve managed Tom, he’s someone who’s shown me that he’s got a really big hunger to succeed,” buzzed Coldwell. “He entered Prizefighter as a huge underdog but his commitment and desire was rewarded when he went in there and put on a pretty flawless opponent against a number of top guys. He won it in style and showed a lot of people what he’s capable of but I’m convinced there’s more to come from him as he’s still young and he’s still learning on the job.”

Coldwell added “The British title is something that’s a very realistic target for Tom and he’s really close to making it happen. Rod Smith is a good fighter who’s been on a few of my shows and he didn’t disappoint the fans whenever he boxed for me and that included a brilliant win against Liam Cameron. Doran is equally exciting so these have the potential to making a lasting effect on what is a really good show up in Liverpool. Tom has done all the hard work in the gym and he’s going into a big arena show with a huge crowd watching him. This is all part of the experience in developing a boxer and I think he’ll pass with flying colours.”