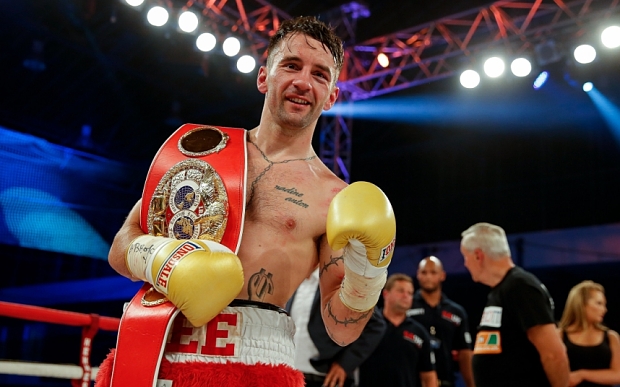 Watch video above for Haskins reaction to being handed world title!

Haskins, 32, was the interim champion prior and gained that mantle via a 6th round KO over Ryosuke Iwasa in June but he was filled with mixed emotions after being handed the belt without having to throw a punch.

The fight, which was due to take place on the undercard of the Saul ‘Canelo’ Alvarez vs Miguel Cotto bill, was called off when Haskins’ camp refused the offer to face Caballero in a catchweight contest and the British boxer was therefore crowned world champion.

THE WEIGH IN VIDEO: CABBALLERO COMES IN HEAVY!

“I don’t feel like a world champion,” said Haskins. “But I can’t wait for my first defence to prove to people I’m a worthy, world-class fighter.

“It’s very unprofessional of Caballero coming in five pounds over. I’d done everything by the book, I was 100 per cent ready to do the business for the fans back in the UK. But it is what it is, I’m going home a world champion.”