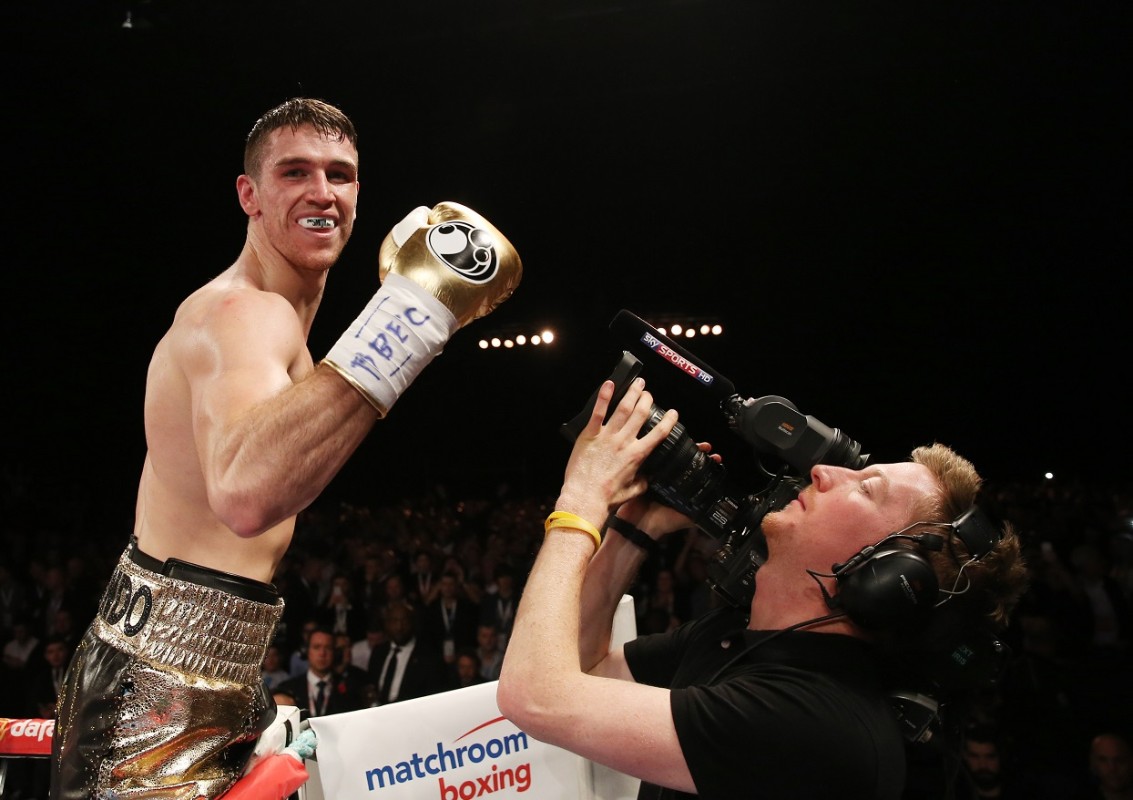 “I am sure it is a good fight for the British fans with two big British fighters going against each other.”

Callum Smith is welcoming a domestic match up with “The Saint” George Groves following his quick first-round blow out of local rival Rocky Fielding last Saturday.

The 25-year-old super-middleweight joined his three boxing brothers in making history by becoming a British champion with his win over Fielding and now aims to set the bar even higher by targetting a world title.

Following his impressive knock out victory over Fielding, Smith has now rose to the number 1 contender to Badou Jack’s WBC super-middleweight title.

Jack won a split decision against Groves in his last fight to retain his belt and, while Smith wants to challenge him for his world title sooner rather than later, he has no problem stepping into the ring with Groves first if the terms are right.

Smith has been quoted as saying: “It’s still a possibility. [Groves] is still a big name but I am ranked No 1 with the WBC so my aims are on Badou Jack sometime in the next year.

“I feel I am ahead of George Groves right now but if the fight was offered I would take it. He is a big name at the end of the day and if the terms are right then yes.

“I am sure it is a good fight for the British fans with two big British fighters going against each other.”

Smith caught himself and the whole boxing world by surprise with the way he was able to despatch the previously undefeated Fielding and admitted afterwards that the fight went far better than even he had planned.

“I always said I felt I could win it a lot easier than people were expecting but I’d be a liar if I said I envisioned getting him out of there in one round,” Smith admitted. “I was surprised.

“There were two ways I thought it could go. Late on into the fight and then I would take over but with unbeaten fighters who were both supposedly big punchers in a local derby I thought it could be a shoot-out for four rounds and it would be over quite early.”