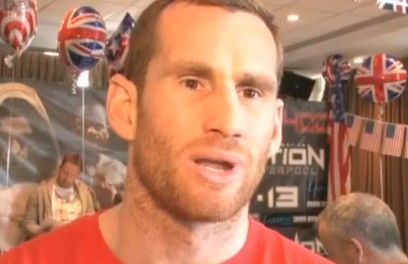 Angry Price ready to return after Teper is banned

The Liverpudlian suffered a second-round stoppage defeat to the hands of Teper when the pair met in the ring for the vacant European heavyweight title back in the summer, but this result has since been changed to a ‘no contest’ after the German failed a drugs test.

Teper pulled out of a scheduled title defence against Robert Helenius earlier this month and the European Boxing Union have now confirmed that the German must now serve a suspension until July 2017.

Price’s promoter Kalle Sauerland has admitted the 32-year-old greeted news of Teper’s ban with dismay, but is planning a comeback to the ring next year after rubbishing retirement rumours and could even target another shot at the European strap.

Promoter Sauerland has been quoted as saying “It’s all very frustrating, because at the end of the day, Pricey has lost six months of his career,”

“My brother spoke to him over the last couple of days. He’s obviously disappointed, I think that’s the best way of describing it, and angered.

“David will definitely want to return to the ring and of course this will put him in a strong position, because they have to re-instate him at the top of the rankings. He will have a mandatory bout at some time next year for this title, if that’s the route that we go down.”

The former British and Commonwealth champion had been reshaping his career following two shock defeats by American Tony Thompson, who also like Teper failed a drugs test following the rematch win over Price.

Sauerland still believes Price can match it with the best in the country with the likes of Anthony Joshua, Dereck Chisora, David Haye And Dillian Whyte who are all major hitters in the division which features such great domestic rivalry.

Sauerland went onto say “I’ve always said that David has the tools to go on and do very big things in this sport,”

“I hope that this can be a positive turn. The sporting side, I know he’s looking at putting together his team at the moment.

“In a strange way, it’s raised his profile, but I don’t think it’s the issue here. We also have to look on the negative side, it doesn’t reflect well on our sport.

“It’s not an endemic problem in our sport, that’s definitely not the case, but on the other hand we have to make sure that things like this can never ever happen again.”