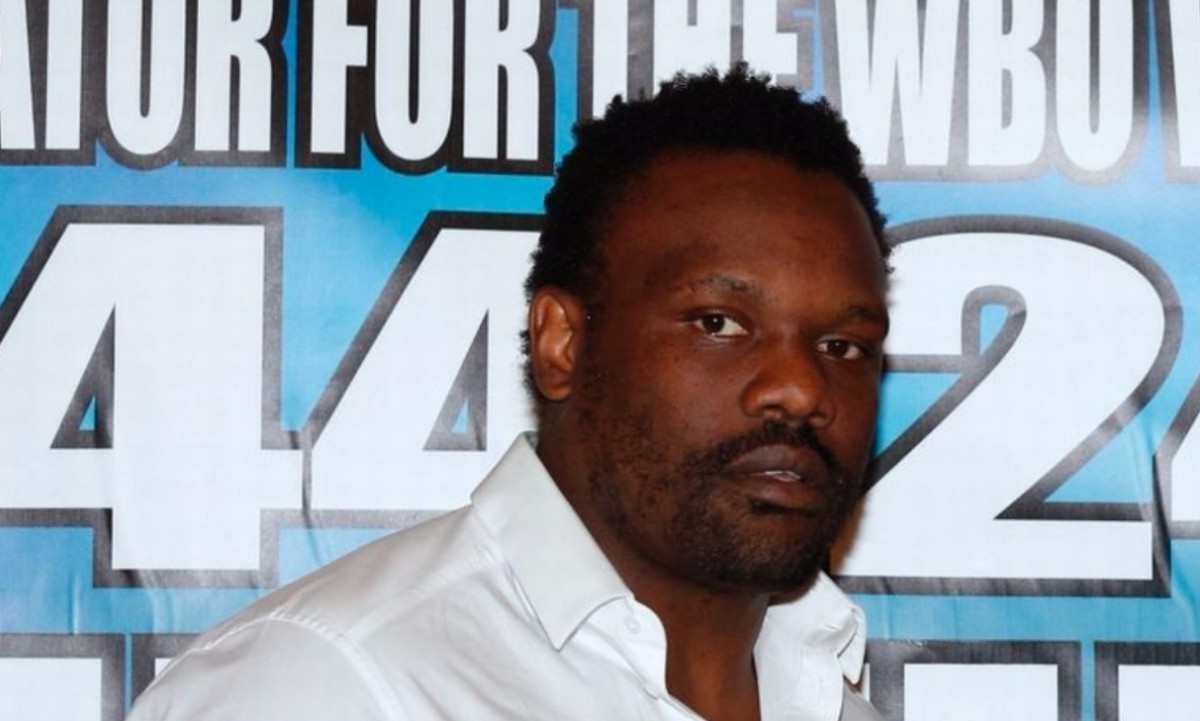 Dereck Chisora has belief that he can become the first man to put a loss on Anthony Joshua’s record if the pair are matched to fight at London’s O2 Arena on April 9.

Joshua who is also from North London marched on to 15-0 as a professional on Saturday with a devastating seventh-round knock out of bitter domestic rival Dillian Whyte to add the British belt to his Commonwealth title.

Chisora who was also on the bill Saturday night defeated Jakov Gospic and the 31-year-old from Finchley is now being lined up by Matchroom promoter Eddie Hearn as Joshua’s next opponent.

Chisora has been quoted as saying “I think if we’re looking at defending that British title then Chisora is top of the pile of options in that respect,”

Chisora, who has won four straight fights since losing to Tyson Fury in November last year, still has hope of fighting for another world title in the near future and knows a win over Joshua would secure his ambitions of putting him self on the main stage again.

However “Del Boy” insists the money has to be the right offer and when asked if he would accept the fight, Chisora went ont say “100 per cent. This is the boxing game. There is no ducking and diving.

“But it has to be right for both parties. I am not just going to get in there because it is good for boxing. It has to be financially right for him and for myself, too.

“Every fighter goes into the gym to be a world champion. That’s still my goal right now. I have lost five fights. I’ve lost to some great opponents, and in some I have been robbed.

“But the ambition is still the same – be the No 1 in the game and give great fights to the fans.”

While Chisora is confident of beating Joshua, his respect for his fellow Finchley Boxing Club graduate remains intact and believes it is only a matter of time before the Olympic gold medallist reigns at the top of the heavyweight division.

“He is great,” Chisora admitted. “He is going to go all the way. That’s it. You can’t say anything about it, he is going all the way.”

Matchroom Promoter , Hearn, who is planning Joshua’s path to a world title shot next year insists that the 26-year-old will be given the opportunity to gain more experience at British and European level.

Discussing future durable opponents, Hearn went onto say that Chisora is ‘top of the pile of options’ on the domestic front after securing his fourth straight win on the Joshua undercard.

Hearn has been quoted as saying “He is promoted by Kalle Sauerland, who I know very well,”

“Chisora boxed on the card on Saturday night.”

“I think if we’re looking at defending that British title then Chisora is top of the pile of options in that respect.

“There is a couple of international names as well. The IBF title is vacant at the moment and we could put ourselves in the position to challenge for that belt.

“I know that Anthony Joshua would like to pick up the European title. He’s won the Commonwealth, the British, and the European is kind of like a traditional step for British fighters to take to get to world level.

“But April 9 is the date when he will return to The O2 and we’re looking for a tough test. There are no steps back now for Anthony Joshua – he needs to keep progressing.”