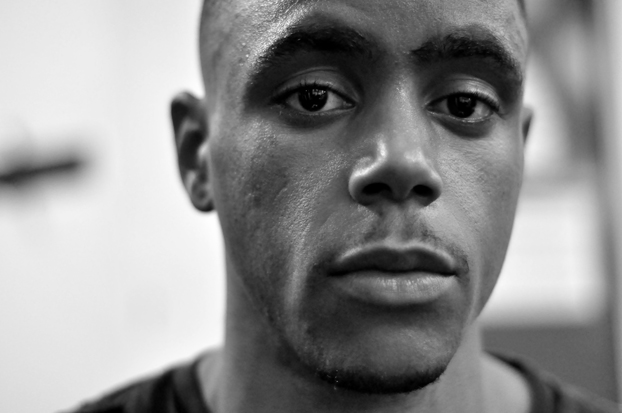 Both fighters looked in impressive condition and an equal match for one another in a cagey opening first round. Patterson landed a heavy right hook on Aston which clearly hurt him, the Dudley man retreated before gaining his composure. Patterson didn’t want to be drawn into a brawl and used his jab well throughout the first.

“I’ll fight anyone, I’ve shown everybody tonight what I’m all about. I know I’ve got what it takes to beat the best and I’m certain that I’ll be claiming my own world title some day.”

Aston was looking to make up for a poor first round and looked to land a big shot of his own. Ahmet sensed danger and threw his jabs from a safe distance. The contest began to heat up in the latter stages of the second round with both fighters missing some big shots.

Classy Patterson caught the Aston with another big right-hand at the beginning of the third round which was taken well. Aston replied with his own big right-hand and continued to press forward, neither fighter wanted to take a step back.

“Punch Picker” had his opponent up against the ropes in the fourth after landing a powerful headshot. Aston looked to be in trouble once more but came back into the fight again much to the delight of his travelling support.

Patterson began to take hold of the fight in the fifth round, demonstrating his punching power and he finally got his knock down, dropping Aston with a clinical right hook.

He could sense a win and came out looking for another knock down in the sixth round. The bloodied Aston bravely fought on looking to get back into the fight. Aston was floored for a second time and stayed down before rising to his feet once more. A three punch combination dropped Aston for a final time in the neutral corner and the referee had seen enough.

“I’ll fight anyone, I’ve shown everybody tonight what I’m all about. I know I’ve got what it takes to beat the best and I’m certain that I’ll be claiming my own world title some day.” Said Patterson afterwards.