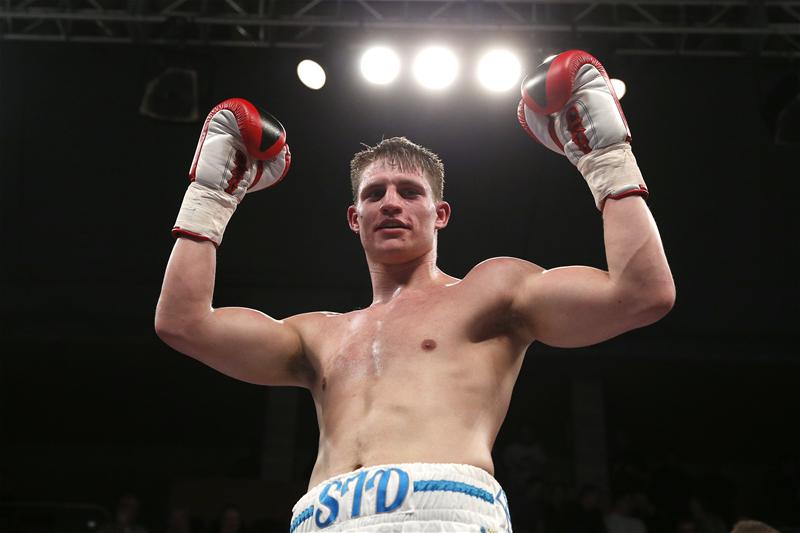 Barclay replaces Lawrence Bennet who was forced to withdraw from his rematch against Askin.  The 26-year-old has won all eight of his fights and will be gunning for his first professional title. The two-time and two-weight English ABA king from the Northamptonshire steel town of Corby jumped at the chance to take on Askin at only two weeks’ notice.“I’m feeling really confident. I wouldn’t have taken the fight if I wasn’t fit and in shape and I fully believe I have what it takes to get the win. It’s a big step up but facing tougher opponents will bring out the best in me,” said Barclay.

As well as being a double ABA champion, Barclay has Three Nations honours and has captained England. The mechanical engineer has a steely determination to make a name for himself in the professional ranks.

He added: “It’s a huge show and it’s a real privilege to be part of it. There’s some serious talent on the card with the likes of Flanagan, Rigondeaux and Tete and I’m looking forward to showing people what I’m capable of. It’s the first title I’ll be going for and it’s a big one so I’ll be giving it my all to get my hands on it.”

Askin, who is sparring with unbeaten Denmark Cruiserweight Micki Neilsen in Copenhagen, says he is unfazed by the change of opponent and fully expects to win.

He said: “I think he’s a better opponent. He has a decent winning record and he’s unbeaten so it should make for a more entertaining fight. Saying that, his style won’t trouble me. He’s a stand up boxer which is a good thing for me and I think our styles will gel on the night,”

“I’ve watched him box before and I can see myself winning by a stoppage. I punch too hard and I apply too much pressure which he won’t be able to handle. I don’t think he has anything to keep me off him and I think he knows that himself.”