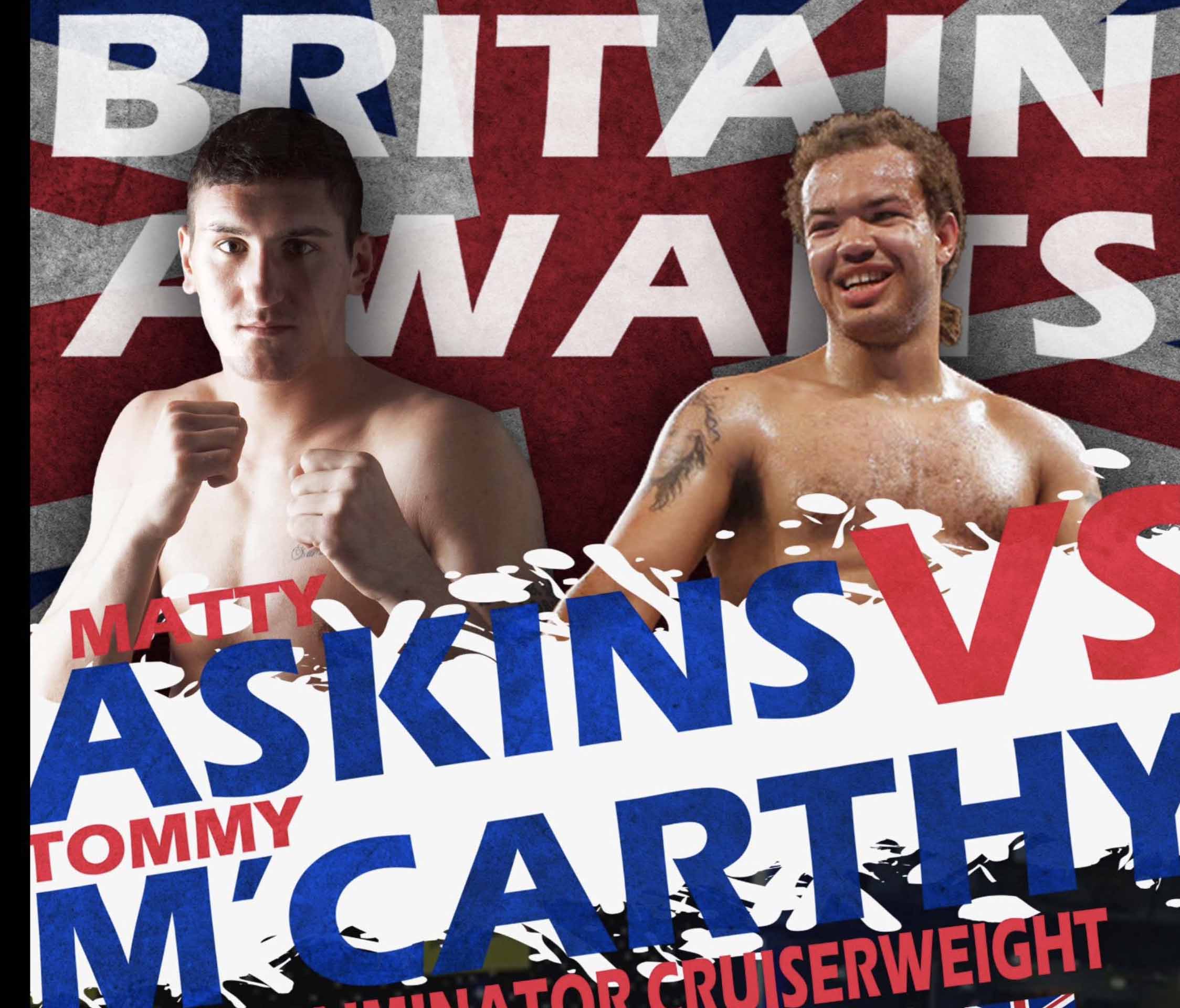 Blackpool cruiserweight Matty Askin (20-3-1, 13 KOs) will have to wait until November 19th to face contender Tommy McCarthy, who has been ruled out of their October 22nd clash with a minor shoulder injury.

The pair were due to square off in a highly anticipated domestic clash, with the winner earning the right to meet Craig Kennedy for the prestigious British title, a belt Askin has fought for once before (losing on points to Ovill McKenzie last year). “These things happen. I’m now refocusing on November 19th. Get well soon Tommy” said Askin in a generous message on Twitter.

The postponement is the latest in a series of delays and cancellations to various domestic match ups. First was the announcement that Billy Joe Saunders had once again received an injury that forced him to postpone the first defence of his WBO middleweight title against Artur Akavov.

The chief support to this fight was also postponed following reports that Liam Williams was injured in sparring whilst preparing for his super-welterweight British title fight with Ahmet Patterson. These, along with Chris Eubank Jr’s bizarre withdrawal from his slated match with Tommy Langford on the same bill, weakened the card to such an extent that it was deemed necessary to reschedule the entire event for the following month.