Can Khan’s gamble to emulate Mayweather pay off 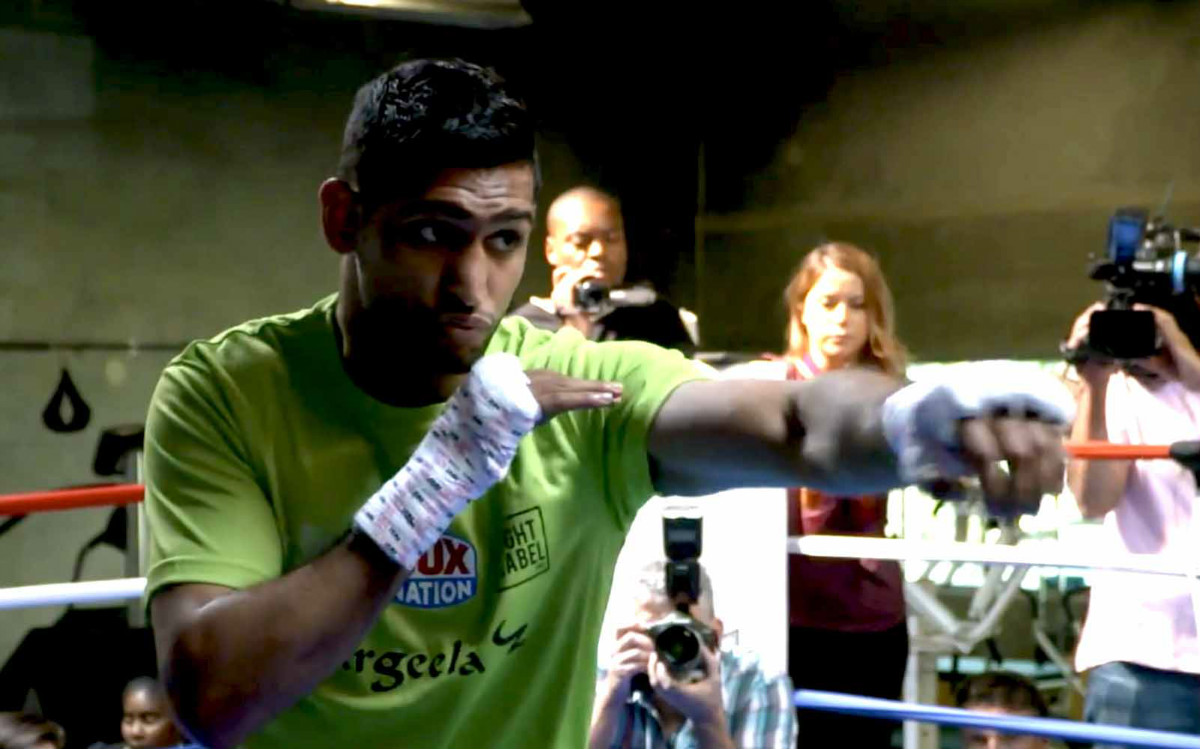 Is Khan’s quest to overhaul Alvarez an attempt to mirror Floyd Mayweather’s legacy?

Amir Khan has been a household name in British boxing since the Bolton-born star burst onto the scene at the 2004 Olympic Games in Athens. At the time, Khan was just 17 years old and would never have imagined that he could potentially be crowned as world champion of any weight division. But on May 7th, the Briton will have the opportunity to win his third world title. The 29-year-old will fight for the WBC middleweight title against Saul ‘Canelo’ Alvarez in front of a packed crowd in the T-Mobile Arena in Las Vegas.

As of April 19th, Khan is looking in great shape and Canelo will have his work cut out if he’s to hold off the title challenger. According to the latest boxing odds, the British fighter is priced at 10/3 to win the bout whilst the defending champion is 2/9 to retain his crown.

Khan is speaking with great confidence ahead of the fight but his lack of experience at middleweight level must be of some concern to the Bolton fighter. After all, Canelo is an expert in this particular weight class, having won all but one of his fights at that level. And who did he lose to? Floyd Mayweather Jr on a points decision.

Cast your minds back to Khan’s quest for Olympic glory in 2004.

He was a lightweight back then but Khan is almost trying to emulate the legendary Mayweather by moving around the weights. Mayweather is one of the greatest boxers of all-time, if not THE greatest, and the American won world titles across five different weight classes.

And Khan, who has won two world titles in the past, is looking to try and follow in Mayweather’s footsteps as he tries to build his legacy as one of the greatest British boxers in the history of the sport.

Khan isn’t yet in Mayweather’s league. In fact, he’s a long way off achieving what the great American has achieved throughout his career. However, the British star is going about his business the right way and while some may view his decision to climb the weights as rash, it could be claimed that the move was innovative as Khan looks to boost his stock on the international stage.

If Khan can defy the odds and defeat Canelo – something that only Mayweather has done so far – then maybe he can eventually work his way up to that elite level. But for now, he’s got a lot of work to do. Khan has followed an intense training regime to prepare for this bout and if he fights as good as he looks then spectators are in for a real treat.

The Brit will have to be at his very best to compete with Canelo but Khan’s pace and energy could cause the Mexican a few issues. Stamina will play a huge role in the outcome of this fight and if Khan can stay motivated and focused throughout, he could nick it. If nothing else, it’s bound to be a thrilling contest – whether Khan’s “last-chance saloon” gamble pays off or not.