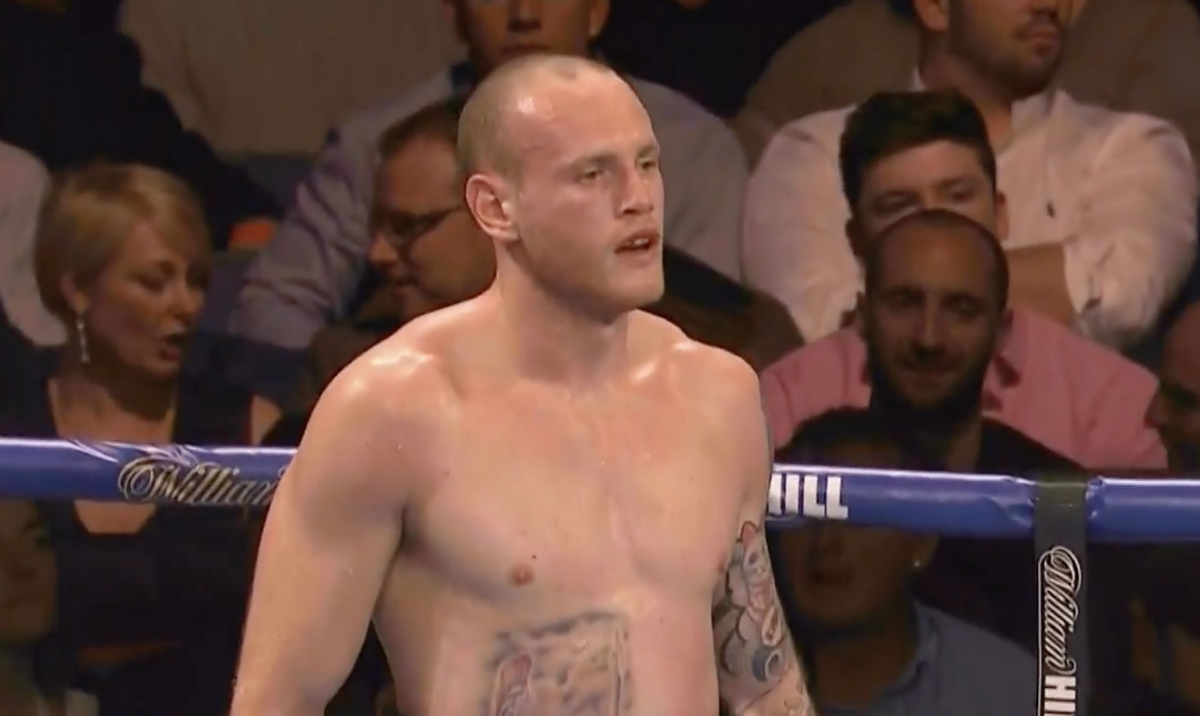 “I am only getting better. I will fight absolutely anyone, any day of the week. I truly believe in myself.” George Groves

George Groves continued his march towards another shot at the world title win the super-middleweight division after an impressive 4th-round stoppage over David Brophy at The O2 Arena in London on Saturday night.

Groves, 28, is hoping to secure a fourth shot at a world title and boxed well and handled his opponent using his experience to dominate the unbeaten Brophy.

Both were competing for the WBA International super-middleweight but Groves took charge from the opening bell and shown his class.

The end came soon after the start of the 4th round, Trophy weas caught by a big right to the solar plexus and seemingly already on his way down before a left and right from Groves dropped Brophy.

Brophy just about beat the count but staggered to his feet and referee Howard Foster had no hesitation in calling the fight off with Trophy considered in no state to continue.

“Everything we wanted to happen, happened,” said Groves.

“I have always been great with my jab – anyone who fights me is up against it from the get-go.

“I hurt Brophy in the first, but he showed guts and strength. I stuck with the game plan and stopped him with a body shot.

“That shows you the power, now I am working with Shane.

“People talk about me like I am past my best, but everyone who says that has an agenda. I am only getting better.

“I will fight absolutely anyone, any day of the week. I truly believe in myself.”