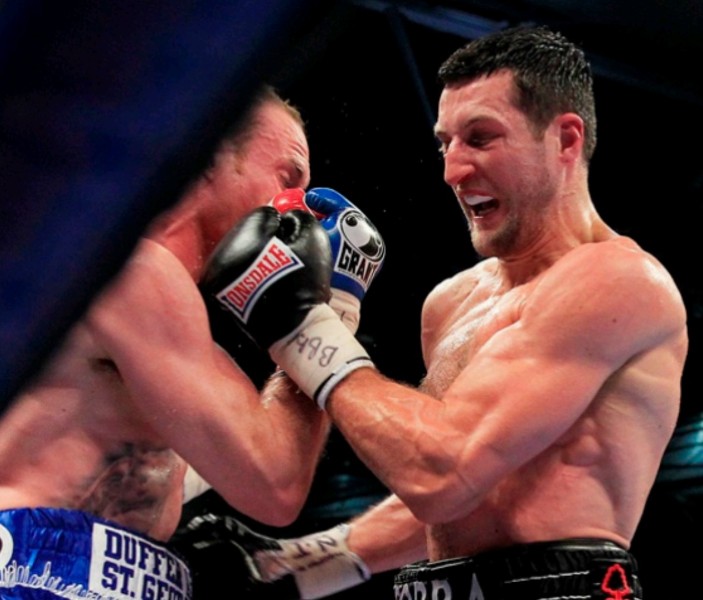 Ward, Chavez or retire? Froch takes the summer off to decide

It appears after his career defining victory over George Groves last weekend, Carl Froch is in a good position to choose who he fights next and says he will pick an opponent who comes to fight and the one who will be a more lucrative proposition, ruling out a rematch with American Andre Ward.

Ward defeated Froch on points in December 2011, but Froch isnt in a rush to seak revenge and instead has his eyes on securing a money-spinning Las Vegas showdown against Julio Cesar Chavez Jr.

Froch explained why he wants to face Chavez Jr instead of Ward again?

“The reason that Andre Ward is never chucked in the mix [for his next fight] is because the American TV broadcasters aren’t really excited about him,” Froch told Sky Sports News. “He’s going through a big promotional dispute at the minute.

“He’s a very, very good fighter and he beat me fair and square, he outpointed me. But he’s messy, he’s up close, he’s awkward. He really is a bit of a spoiler. He’s not somebody I’d be excited about getting in the ring with.

“Someone like Chavez Jr will come and fight, and give me the fight I want and what the crowd wants. The television broadcasters could get on board and it would be more lucrative.”

Froch though will not be making any decisions soon until he has had a summer break and the scars and pains of battle have healed. Froch may take a few days more to recover than he did maybe in his 20’s but age doesn’t seem to have taken anything away from his game on fight night and infact you could say he has matured into a more better fighter than the Cobra of ten years ago.

“I’m 36 and I’m very young for my age. I don’t take much punishment, contrary to popular belief that I just stand there and take punches for the sake of it.