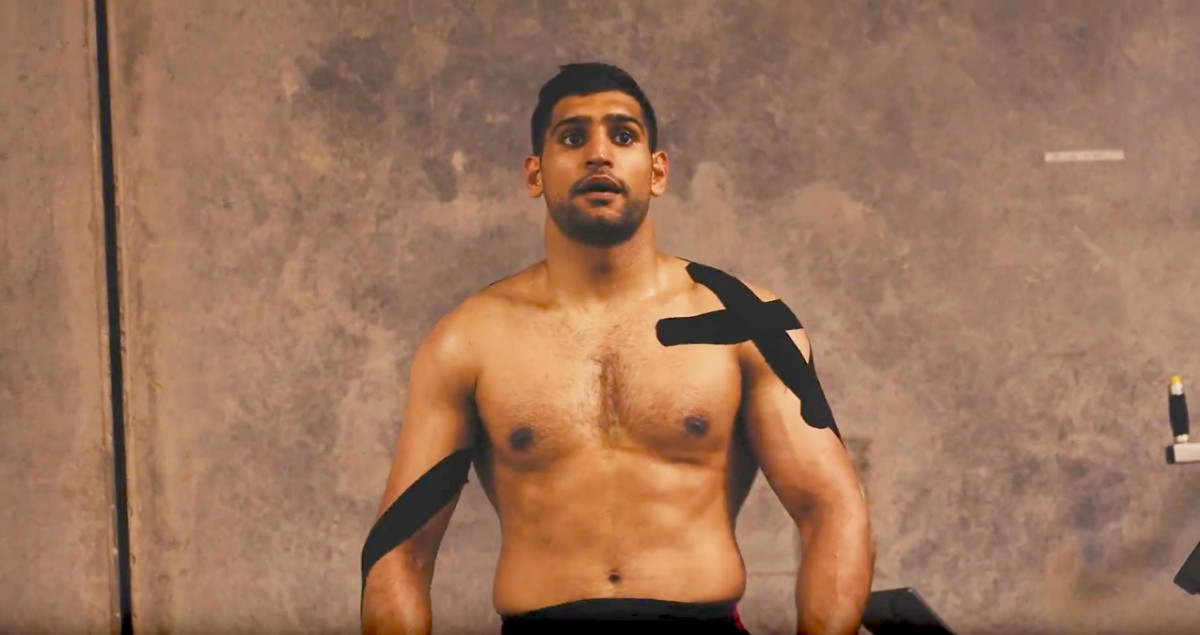 “It’s a good time for me to prove myself and show everyone how good Amir Khan is.”

The countdown is on to Amir Khan’s WBC world middleweight title challenge against Mexican Saul ‘Canelo’ Alvarez in Las Vegas on May 7th.

Khan, 29, (record: 31-3, 19KOs) has moved up nearly two weight divisions to take on Alvarez at a catchweight of 155-pounds, which is eight pounds more than Khan’s current fighting weight.

Alvarez, 25, (record: 46-1-1, 32KOs) is renowned for bulking up after weigh-in and often comes in nearer to light-heavyweight, so Khan has had to bulk up and so his training regime has been adapted to suite the added weight gain, while looking to keep his speed and movement.

Khan is not worried by the weight issue, he knows Canelo will be bigger than him on fight night, but the Bolton boxer plans to bulk up, build his muscle and come in weighing around 165-pounds, which he says is practically his walking around weight before he starts camp.

“I know the fight is at a catchweight. I have never fought at 155 before but I walk around at probably 160-plus so it will be me fighting at my natural weight. Come fight night I will probably be about 165 as well. I can see Alvarez maybe being even a little heavier than that, maybe going into the ring at 170, but we know what we need to do,” said Khan.

“We know we will be up against a tough guy, a bigger guy, a stronger guy in Alvarez and we have to be smart in there and I think this is the first time I am going into a fight being the underdog.”

“It’s a good time for me to prove myself and show everyone how good Amir Khan is. Plus it’s a big fight. I want to give the British fight fans a huge fight and you can’t get bigger than this.”