Tennyson: “I’m not coming to London to see the sights. I’m coming to take the British title.” 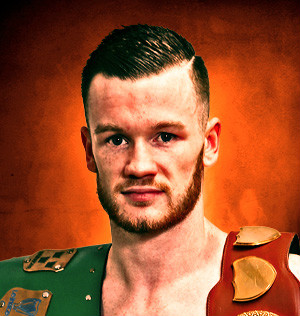 BELFAST BANGER JAMES TENNYSON: “IF I LAND PRECISELY WITH ANY SHOT, I’M CAPABLE OF DOING DAMAGE!

The Lisburn born ‘Assassin’ has clattered 13 of his 16 victims to early defeat since debuting as a teenager in 2012 and he knows his best route to bagging a Lonsdale Belt rests with him leaving the Norfolk man gazing up at the ring lights.

‘Once the bell goes I work very hard to get the job (stoppage) done and it just happens.  I’ve no pet punch. If I land precisely with any shot, I’m capable of doing damage.

‘As an amateur, I was in plenty of good scraps but I really didn’t stop many. The kayos only started to come as a pro once my body started to mature and I’m only 22. Trust me, there’s a lot more physical development to come. In future, I’m only going to punch even harder.’

Tennyson’s 17 fight slate lists just 47 rounds and – despite Irish and Celtic title experience – he is yet to venture past session eight. Nevertheless, he is confident that a long and decorated career in the amateur code will help address the shortfall.

He explains: ‘I had my first amateur bout at Becketts Bar in Lisburn in 2001, aged 7!

‘As a wee kid I had a real bad temper so my ma took me to the Poleglass boxing gym to knock it out of me. It worked the trick, calmed me down.

‘Starting out, I was just a rough kid swinging shots but I progressed to win five Ulster titles, five Antrim titles, three All-Irelands plus multi-nations golds at international level. I had just over a hundred bouts and only lost 12.’

But after coasting to eight wins (seven quick) and the Irish super-feather title during his initial nine months punching for pay, our ‘Assassin’  was alarmingly rubbed out inside two rounds by Mansfield based Latvian Pavels Senkovs (previously triumphant in just two of 71!)

James recalls: ‘First round I was actually boxing beautifully then second round I got caught. I’m not sure whether it was with a punch or a head but I went over. The ref called it a slip but, to be honest, I was all over the place. Pavels tagged me again and the ref jumped in.

‘Defeat took quite a while to sink in. My career was going along just great then ‘Boom’! I had a taste of the treatment I’d been dishing out and it wasn’t nice. But there were positives that came from it. I became even more motivated and changed in every way – physical, mental, psychological – to prevent ever having that feeling again.’

Eight subsequent wins and the acquisition of the Celtic title courtesy of a seventh round disqualification against Scotland’s two-time Commonwealth challenger Kris Hughes have consigned the shocker against Senkovs to the distant memory bank.

And despite the concession of home turf, Tennyson was bursting with youthful exuberance ahead of his British title gig at the Copper Box on Saturday.

‘I’m actually really looking forward to coming over to the mainland and showing Frank Warren, the English fans and BoxNation viewers what I’m all about,’ says Tennyson who has been priming himself at the Belfast Kronk gym.

‘I boxed in places like Azerbaijan and Portugal as an amateur plus Estonia, Hungary and Scotland as a pro so I’ll not be at all fazed.

And while the battle-hardened champion is clearly more seasoned, the Ulster hope predicts his greater physicality and firepower will see him coronated.

‘I’ve watched a few of Ryan’s fights and he’s a very worthy champion, picks his shots lovely, doesn’t waste much,’ he concludes.

‘I suppose Walsh will start a big favourite but anything can happen in the sport of boxing. There’s been plenty of upsets before.

‘Recently Ryan was fighting down at super-bantam while I’ve won titles up at super-feather. I expect to be the bigger man in the ring and intend to make that pay for me.

‘No doubt there’ll be times when we box and times when we open up and ‘war’. Either way, I can mix things up. The fans will definitely get their monies worth.

‘I’m not coming to London to see the sights. I’m coming to take the British title.’

The Channel Of Champions, BoxNation, will televise live and exclusive on Sky 437/HD 490, Virgin 546, TalkTalk 415 and Freeview 255.  Subscribe at www.boxnation.com