Warrington remains unbeaten and on course for Selby 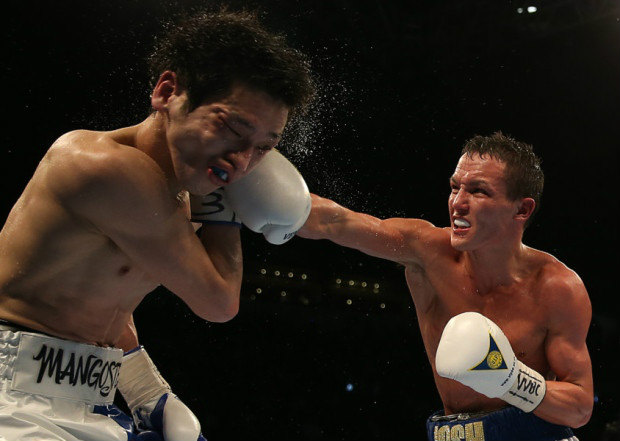 The Leeds warrior Josh Warrington, continued his rise up the boxing rankings and to a world title shot, when he and successfully defended his WBC International featherweight title against Japan’s Hisashi Amagasa – via a unanimous points decision at the First Direct Arena in Leeds.

The fight was a tight affair and Amagasa’s height and reach advantage, at times gave the home fighter problems. But Warrington made a good start to the contest, on the front foot, good defence and looking to open up on his opponent when in range, which he did to effect.

Amagasa came back into the fight in there middle rounds and used his jab to good effect to snatch some rounds. But Warrington, who opened a cut over Amagasa’s right eye in the eleventh, finished strong to take a deserved victory and a possible future crack at IBF world champ Lee Selby.

“It’s a fight that Leeds people want, it’s a fight that I want.” said Selby after the fight when prompted on a potential meeting. “I think I’ve got what it takes to beat him.” he added.