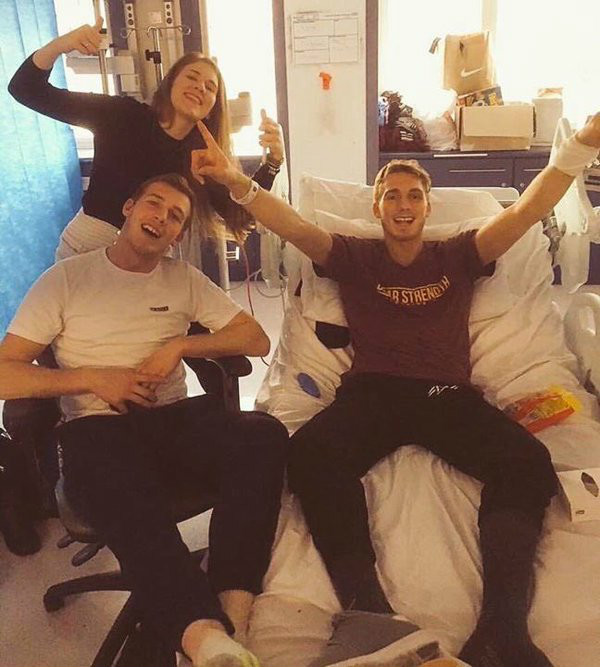 Injured boxer Nick Blackwell has today taken to his Twitter account for the first time since suffering a bleed on his skull last month, after his British title defence against Chris Eubank Jr at Wembley Arena on March 26th.

Blackwell recently came around after being put into a medically induced coma, he thanked his well wishers for their support in the aftermath of his near fatal Lonsdale belt defence and gave the fantastic news that he is on the road to recovery when he tweeted.

“Just want to say a massive thank you for all the support and messages means the world too me I’m on the mend now so I’ve been very lucky.” Nick tweeted.

The boxing communities support for Nick  in the days following the fight was touching. Sheffield boxers Kell Brook and Adam Etches did a fund raising event and Etches also set up a Crowdfunding page, which raised close nearly £12,000, for the stricken Trowbridge fighter, plus many other people helped to raise funds for Nick’s cause.

Nick has been overwhelmed by the response from everyone and tweeted this message.

“And a massive thank you too everyone who raised money for me it’s been overwhelming.” added Blackwell.

Boxing held it’s breath in the aftermath of the fight and Nick was in everybody’s thoughts as he battled to make a recovery. The news he is now going to be ok is wonderfull and the boxing world rejoices in this news.

We send our very best wishes to Nick, a true warrior of the ring, we hope for a speedy recovery.

Just want too say a massive thank you for all the support and messages means the world too me I’m on the mend now so I’ve been very lucky.