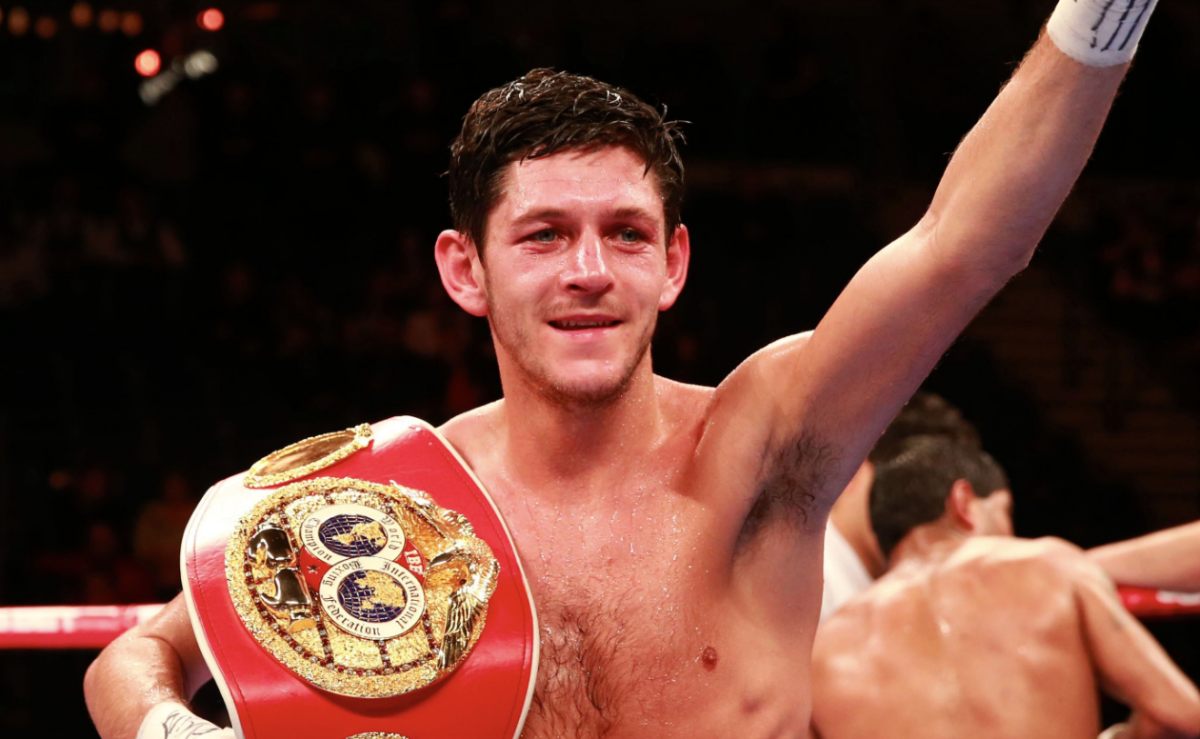 McDonnell from Doncaster, went about his career in the right way or some would say the traditional way. He worked his way up the boxing ladder by first winning the English title, then the British, Commonwealth, and European, before stepping up to world level and winning two genuine versions of the world title and remaining unbeaten for 8-years.

The world champion who says he has no interest in boxing as a fan but just happens to be good at it, has been a revelation in British boxing over the last few years. First he picked up the IBF world title against Julio Ceja in May 2013, before claiming the WBA version in May 2014 with victory over Tabtimdaeng Na Rachawat. He has since made 3 successful defences the WBA title (he relinquished the IBF) with his last two wins coming against highly rated Tomoki Kameda, both fights were in Texas, proving he can win big away from home too.

McDonnell is now back on home soil and relishing the chance to defend his world title in front of his British fans against the tough contender Fernando Vargas. – Vargas was a late replacement for original opponent Juan Alberto Rosas who pulled out last week with injury and McDonnell must not underestimate the Mexican who is said to be delighted with his chance to cause an upset and return home to Mexico a hero.

“It means everything to him and he’s going to bring the fight to me, but I’m focused, feeling sharp and looking to make a statement.

“I’ve been training for lots of styles so it doesn’t bother me. I’m just buzzing to be back in the UK and ready to put on a show.”

And after a 20-week camp, McDonnell is in the best shape of his life. Being world champion has made McDonnell a better fighter, mentally he looks strong and determined in his approach and against Kameda he fought with a confidence and panache that had world champion written all over it, McDonnell has blossomed into his role and is looking forward to stealing the show. “I feel like a million dollars and I want to look a million dollars on Saturday night,” added the champion.

“It’s been a long camp but I feel the best I’ve ever felt and I’m absolutely flying. We’ve had top quality sparring, I’ve made the weight better than I ever had and I feel great.

“I’m ready to win and win in style. There’s some big names on that bill but I want to steal the show.

“I’ve not fought over here in a year and a half so I’m ready to make a statement before a big summer.”

Jamie McDonnell discusses change of opponent in Vargas and wanting the big fights!

JAMIE McDONNELL – ‘IF EDDIE HEARN SAID IN THREE MONTHS, MOVE UP & FIGHT QUIGG, I WOULD DO IT’