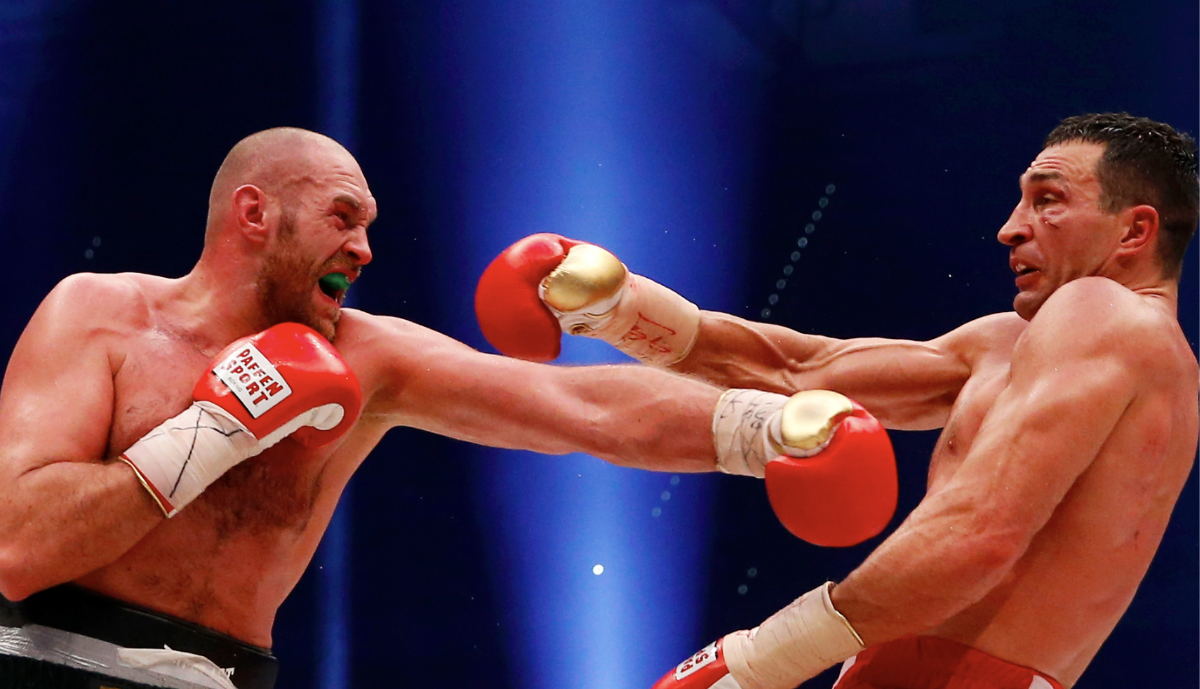 Tyson Fury (25-0-KO18) is expected to announce the date and venue for his rematch with Wladimir Klitschko (64-4-KO53) this morning according to his trainer, uncle Peter.

July 9th has been confirmed as the date of the fight, which is expected to take place in Fury’s home town of Manchester UK.

27-year-old world heavyweight champion Fury, defeated the long reigning Ukrainian in November last year when he outpointed Klitschko in Germany to clinch the WBA Super, WBO and IBF heavyweight titles in what was considered an upset.

Former champion Klitschko had a rematch clause written into the fight contract and immediately chose to exercise it and then entered negotiations with team Fury to confirm a venue and all the other finer details. The talks have taken their time and many rumours have been branded about, as to when and where the return would take place.

With the fight taking place in the UK this time, it will give new champion Fury the added advantage with the home backing. Although it is believed a German return was a possibility and one which Fury was open to.

Wembley Stadium had been mentioned, as as Manchester United’s Old Trafford ground, Manchester City’s Ethiad Stadium, also the Manchester Arena and even Bolton Wanderers football stadium has been earmarked as a possible suitor for the fight. Where ever the fight takes place is expected to be confirmed soon.

“Bringing massive fights to England for the fans & clean up the division. Their [sic] should only be one champion & our aim is doing it & FAST!!”

“Nothing is agreed until it’s said and done but we’re optimistic. There have been no disagreements, we’re in unison and we’re working around the clock to get the results we need.