From The Vault: Frank Grant talks about his memorable win over Herol Graham 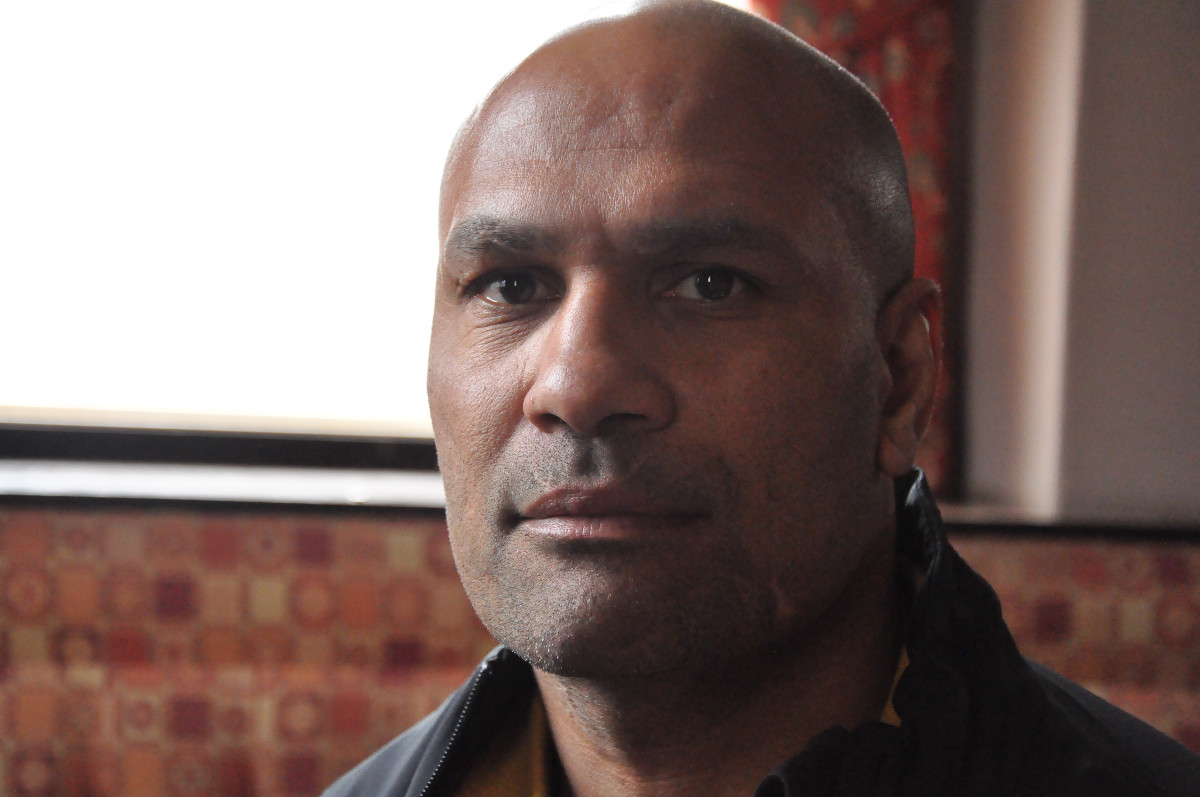 Almost every boxer has a perfect night, the fight where everything comes together to produce a victory that will never be forgotten. Bradford’s Frank Grant had a night to remember in September 1992 when he beat Herol Graham by ninth-round TKO to become the British middleweight champion. However, forget about the stars aligning, luck playing its part or any of that nonsense, Grant’s win came down to hard work and dedication.

“I’m the only British man to have beaten Herol as a pro, he was still a force and went on to fight for a world title after I’d beaten him—it was against Charles Brewer [for the IBF Super middleweight belt in March 1998] and he was doing well until getting stopped in the 10th-round,” said Grant when speaking to me about his memorable win over Graham at Elland Road.

“A similar thing happened to him in that last world title fight, he got stopped late after doing well early, but he didn’t do well early against me [Writer’s note: Contemporary reports had Grant losing the early rounds. Nick Halling, writing for The Independent, reported that Grant began to turn it around with a big left hook in round five and some solid body punching duiring the final few sessions].

“He’d lost on points to Mike McCallum [a split decision defeat for the vacant WBA belt in May 1989] and Sumbu Kalambay [a unanimous decision loss for the EBU middleweight title in May 1987 and another defeat for the same title in March 1992] before I fought him, and it was half-and-half with them two.

“Don’t forget, Herol was touch-and-go with McCallum, who was a legend, and he only lost out because he had a point taken away [Writer’s note: this infringement cost Graham a draw]. Herol was an awkward fighter, not a great one. He’s gone down in British folklore as one of the best fighters to never win a world title—he had a style that made it very hard to beat him.”

“Guys like Tyson, Benn, Roberto Duran and Mark Kaylor were better to watch because they were my kind of aggressive fighters.”

Grant trained out of Phil Martin’s famous Champs Camp base in Mosside. The gym also housed Paul Burke, Carl Thompson and Maurice “Hard” Core, who held British titles at lightweight, cruiserweight and light-heavyweight respectively at the same time as Grant. However, and despite his admiration for Graham’s ability and aura, Grant preferred to watch all-action fighters like Nigel Benn and Mike Tyson.

“Guys like Tyson, Benn, Roberto Duran and Mark Kaylor were better to watch because they were my kind of aggressive fighters,” he said. “I never liked fighters like [Chris] Eubank either, but I think Eubank went through a lot after the Michael Watson fight—it badly affected him and how he fought. Nigel was my type of fighter though.”

“If I fought Herol 10 times then I’d probably only beat him twice and if I could have avoided him then I probably would have. Graham wasn’t anybody’s type of fighter—people couldn’t even spar with him.”

Grant puts his victory down to his fitness and confidence; he was a machine on the night, harrying his illustrious opponent throughout. “The stuff we did at Champs Camp was on another level for that time,” he said.

“I knew I could do it because of how confident I felt about my fitness. If I fought Herol 10 times then I’d probably only beat him twice and if I could have avoided him then I probably would have. Graham wasn’t anybody’s type of fighter—people couldn’t even spar with him. Herol had beaten a guy called Rod Douglas a few fights before our one.

“Rod was a fantastic fighter who I had followed from his amateur career. He beat Nigel Benn in the amateurs and won the WBA title at light-middleweight in 1983, 1984 and 1985, then he went and won one at middleweight in 1987, but he took on Herol after only 13 fights. Rod collapsed after the fight from had a blood clot on the brain and never boxed again. Rod was a fantastic, aggressive fighter, but his career never really happened because he ran into Herol.

“Douglas was potentially a great fighter. [His manager] Mickey [Duff] put him in too early with Graham, in my opinion. Rod never boxed again, but what a fantastic fighter he was—beautiful and aggressive. I often think about Rod’s career because it was a career that never got to where it should be.”

He added: “The thing with Herol is that he beat a lot of great fighters, but it was through pure awkwardness. Mark Kaylor was a really good fighter, Herol beat him [by eighth-round corner retirement in November 1986] because he was so awkward and hard for Mark to pin down.”

Grant was an underdog going into the fight; a host of other British boxers had failed to unlock the puzzles posed by the Sheffield southpaw. Grant, who was also a southpaw, believes his stance negated Herol’s main advantage and turned it into to a classic Boxer Vs Fighter showdown, which suited him just fine.

“I think people looked at me and decided I wasn’t a Benn, Kaylor or Errol Christie type—they just thought I was some muppet from up north so the pressure wasn’t on me,” recalled Grant. “But I still had to go out there and beat him. It wasn’t my type of fight and he wasn’t my type of fighter. You’d had people like Tony Sibson and Alan Minter around when Graham was coming through, who were both great fighters, but they probably would have looked at Herol and thought: ‘F**k that! Why do we need this guy?’

“With Herol, you had to jump on him for round after round. It became a matter of fitness when I did that because I can take and give a punch. I was 27 at the time and he was 33. I’d never been 12 rounds before, but I had ultimate confidence in my fitness and knew Herol wouldn’t be able to go with me for all those rounds.”

“People forget that it is kill or be killed for fighters like me. We have to be at our best to defend ourselves and you have to remember that this is a hard game. We don’t always get looked after and need protecting from ourselves—we’re like prostitutes and the people in charge are the pimps.”

Grant defended the title against John Aston, a seventh-round retirement win, and added a non-title win over Randy Smith [W8] before losing the belt to Neville Brown, a seventh-round TKO. Unlike many, Grant walked away and never came back to the sport; he knew that pressure fighters tend to begin their descent down the slippery slope quicker than slick boxers and didn’t want to go through the motions.

“I’d loved to have fought Nigel,” he revealed. “That would have been the ultimate fight for me and the fans. Boxing’s the hardest game in the world. I was a fighter who went forward. People forget that I’d never fought an amateur contest in my life. I learned to box by watching my dad shadowbox—I learned everything from him.”

Grant’s career had humble beginnings in his hometown of Bradford. He was always aware of the harsh realities of the sport and knew that it would be a mistake to carry on beyond his physical prime.

“People forget that it is kill or be killed for fighters like me,” admitted Grant. “We have to be at our best to defend ourselves and you have to remember that this is a hard game. We don’t always get looked after and need protecting from ourselves—we’re like prostitutes and the people in charge are the pimps. After winning the title, and coming from a really tough background in Bradford, I’d done everything I wanted to do—I was the winner of a British title and had beaten Herol Graham.

“I met Neville Brown, who was a better fighter than me, and I found it even harder in my other fights because I’d won the British title from Herol—what more was there to do? You know when your time’s gone. I left boxing and had no intention of coming back. I had 26 fights, won 22 and lost four (17 wins coming by way of stoppage), so I didn’t do too badly. I’d seen better boxers than me not get as far as I did, so I was happy with my career. I felt a massive relief when I retired because I knew it was the right time.”

Grant may not have risen all the way to world title level yet his career will be remembered for that magical night and he will always hold a place in British boxing history as the only domestic fighter to beat Graham as a professional. Maybe there is something to this hard work and dedication lark after all.