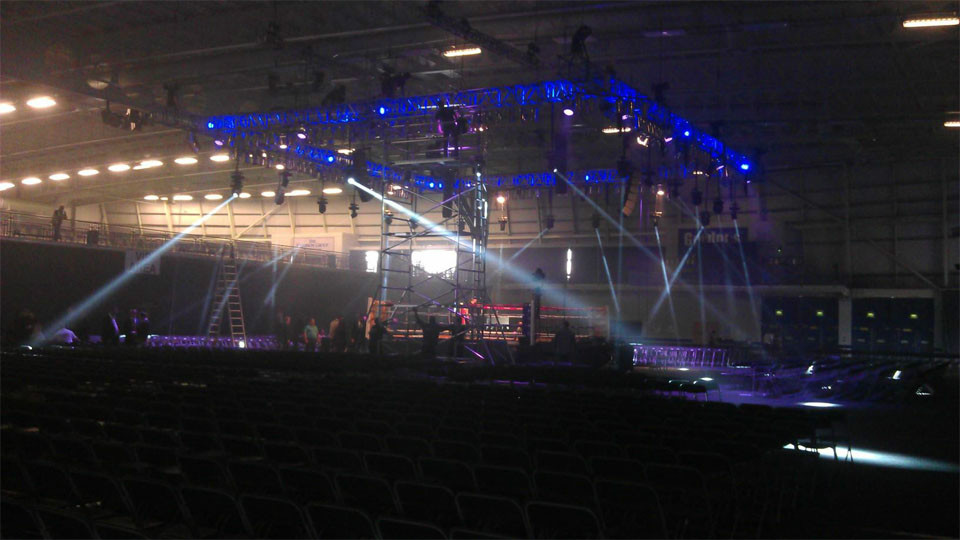 KO wins for Barrett and Blackledge – Early results from Bolton

Topping the bill in Bolton tonight is Chorley’s Jack Catterall who defends his WBO lnter-Continental belt against Malmesbury’s ex ABA champion Joe Hughes in what promises to be a very good main event.

Jimmy Kelly returned to winning ways after his world title defeat to Liam Smith last year with a routine points win over Michael Mora. Kelly boxed well to take the refs vote 80-72. Kelly dropped Mora twice on his way to victory, but suffered a cut over his eye in the fight.

4 X 3 Minute Rounds International Cruiserweight Contest
Ireland’s cruiserweight prospect Gary Sweeney made an explosive start to life in the paid ranks with a first round stoppage win over Slovakia’s Mario Lakatos. The big-hitting County Co-Mayo man had his opponent down three times in the opening round before the referee waved the contest off at 1 minute and 17 seconds.

8 X 3 Minute Rounds International Middleweight Contest
Indian ring sensation Vijender Singh continued his march towards a huge homecoming fight in India with another explosive knockout win over Poland’s Anderzej Soldra. The big-hitting man from the Bhiwani district in Haryana completely outclassed Soldra before the referee waved-off the contest two minutes into the third round.

All-action Singh had his man down inside the first round with a massive right hand. Soldra did well to recover and survived the first round. It was more of the same in the second round as knockout merchant Singh went looking for yet another blockbuster finish.

Red-hot Singh dominated throughout the bout, landing damaging combos at will. Poland’s Soldra struggled to land any meaningful shots of his own and did well to make it to the third round. 30 year-old Singh was teeing off at will before referee Mark Lyson finally stopped the bout to save Soldra from taking anymore punishment.

Speaking after the fight Singh said: “This guy came here to fight me and gave as good as he got but my class was too much for him. I was landing with powerful shots and he couldn’t handle them. It’s another win and another step on my journey to the top of the world middleweight scene.”

He added: “Every fight is important for me. I’ve shown everyone in the UK and back home in India what I’m capable of once again and I’m excited for the future. With the backing of Francis Warren and everyone in my corner the sky is the limit.”

4 X 3 Minute Rounds International Middleweight Contest
Bolton boy Jack Flately blew away Bulgaria’s Valentin Stoychov inside the opening round to claim his fourth professional victory. Backed by a vocal Bolton crowd Flatley tore into Stoychov from the very first bell. It was all over before it begun as Flatley finished off the Bulgarian with a punishing body shot 2 minutes and 53 seconds into round one.

4 X 3 Minute Rounds Super-Middleweight Contest
Steve Maylett-trained super-middleweight prospect Dayle Coyne outpointed Plymouth’s Cristian Hoskin Gomez 39-38 to pick up his fourth pro win in an evenly contested bout. The flame-haired Manchester Super-Middleweight grew into the fight and landed some punishing body shots on Gomez. Both men gave a good account of themselves but it was Coyne who edged the contest, landing more accurately on Gomez.

6 X 3 Minute Rounds Lightweight Contest
Red-hot Manchester lightweight prospect Zelfa Barrett earned an explosive stoppage win over Plymouth’s Chris Adaway to claim his tenth professional win at Bolton’s Macron Stadium.
Barrett put Adaway down in the first round with a huge right hand shot that landed on the bell. Adaway beat the count but it was more of the same in the second round as ‘Brown Flash’ continued to pick and time his shots.
It was all over in the third round after the brave Adaway was dropped for a third time. Adaway did his best to defend himself from Barrett’s punishing shots but the Mancunian’s precision and power proved too much for him to handle.

8 X 3 Minute Rounds Super-Welterweight Contest
21 year-old McCauley McGowan outpointed Bolton’s Chris Jenkinson 78-74 to pick up the tenth pro win of his promising career. McGowan was up against an experienced operator in Jenkinson who made him work hard for his win. Jenkinson repeatedly forced Wythenshawe’s McGowan to dig deep, tagging his opponent with a series of solid head shots in the fourth. Former England Youth rep McGowan took hold of the bout in the latter stages as Jenkinson finally began to tire and came away with a hard-fought victory.

Belfast featherweight prospect McVarnock made light work of limited Latvian import Berdimuradovs and blasted him out of there in the first session, dropping his man twice before the ref stopped it.