Dewi Powell – A View From The Valleys 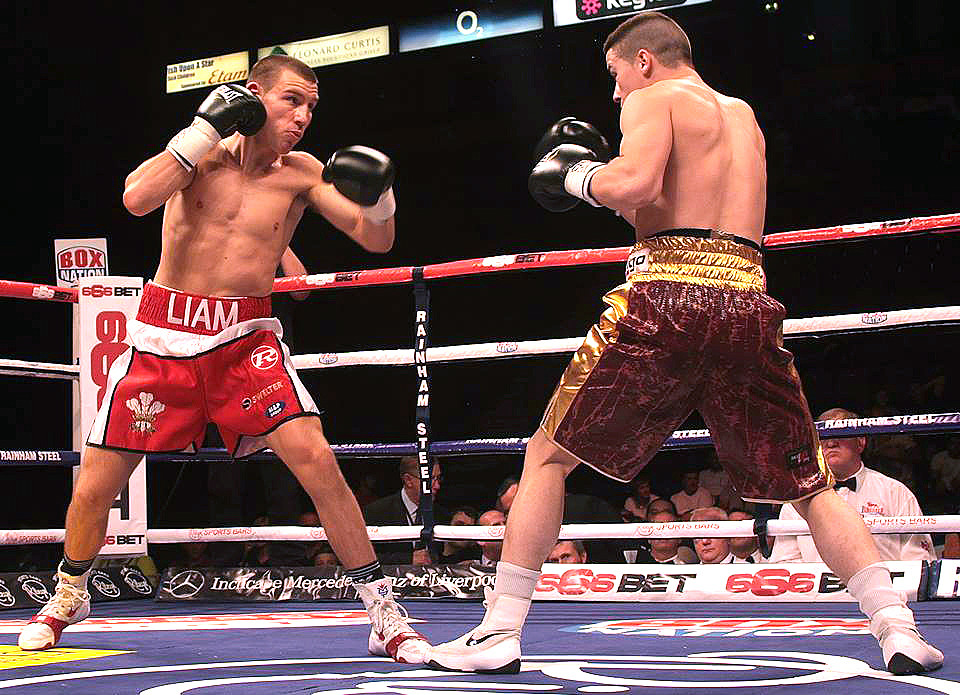 British boxing traditionally takes the end of the summer off and when the new season starts in September, Wales will look towards 24-year-old super-welterweight Liam Williams (15-0-1, 10KO) to bring big nights to our doorsteps.

I first saw Liam fight in a social club in the Rhondda when we were both about 15 or 16, I think. It was your typical social club; low ceilings, dated wallpaper and the scent of stale alcohol lingered amongst the sweat of a boxing show.

I was a relative newbie to boxing then and although I knew he was a lot better than your average amateur boxer, I had no idea I was watching a future world title contender. I can’t remember who he fought and after the pounding that took place, they would probably prefer to remain unnamed anyway.

When I met Liam around three years later, he was polite, accommodating and I’m still to see a harder trainer in the gym. The Valleys stretch from Monmouth to Swansea and have their local differences, because Wales is the most parochial place in the world, but people from here often have an edge to them. It’s an attitude that, consciously or not, has been built from generations of hard people doing hard work, especially in the Rhondda – which has plenty of women you wouldn’t fancy your chances against in a fight. [Disclaimer: I can say this because I’m from the Valleys, too. A small village near Caerphilly, to be precise]

This attitude is probably the reason eight of Wales’ 12 world champions have originated from different parts of the Valleys, despite only 30% of the population living here. Such is the fire in the Rhondda’s belly, it’s the only place in Britain where the government have sent in the army to control the population, whose coal miners were protesting for fair working rights in 1910. That’s why British icon Winston Churchill, then Home Secretary, will never be remembered with affection in Tonypandy, where Williams is affectionately known as ‘Dully’, a family nickname that he’s inherited as often happens in close-knit communities.

A few months after Williams’ debut [PTS4 Ryan Clarke] in November 2011, I saw that he definitely had that fire. It was routine for the novice prospect to share rounds with then-WBO world light-heavyweight champion Nathan Cleverly. They were friendly and spars were never overly heated. When an Irishman called Jason Quigley came across the water to join camp for a week, he shared six rounds with Williams that were pure war. Many people would have paid many pounds to see it.

This was just prior to Quigley’s run of nearly 30 unbeaten amateur fights, when he scored a win over Olympic captain Darren O’Neil in the Irish Championships, a gold medal in the Europeans before finally falling for a silver medal at the World Championships against Kazakhstan’s Zhanibek Alimkhanuly. It’s likely that neither Liam or Jason knew how good the other was at the time.

That fire wasn’t extinguished but it was suppressed in the following years, especially since Liam linked up with Gary Lockett, a cool headed tactician who exudes a calming and calculated approach to fighting. The world title challenger has guided Liam since October 2012 and he’s barely dropped a round, winning 11 fights with nine knockouts.

The fire reignited in William’s last fight, an 11th round stoppage of Wembley’s previously unbeaten Gary Corcoran, as a result of the two competitors’ pre-fight observations of each other. The Welshman was snarling when he stepped through the ropes, swearing when the doctor inspected a cut to Corcoran’s eye and shouting his head off when the referee jumped in to halt it. Combined with thousands of fans at a near sold-out venue, they almost melted the Ice Arena Wales in Cardiff Bay.

It sounded harsh when Liam said that it was probably his worst professional performance, despite winning almost all of the rounds, but that comment to BoxNation’s Steve Bunce, whilst in the midst of cooling down, was correct. Whether he agrees or not, it looked like the occasion took over his performance and the usual sharp mid-range spears were replaced by a desire to grab a shovel to dig deep in the trenches, which he still did well.

The stakes are getting higher and risks will become bigger. Liam now holds a high ranking with the WBA, WBO and IBF – whilst he’s just outside the WBC’s top 15. Frank Warren has been involved with Wales’ last seven world champions at some point of their careers and recognises Williams as another. The International Boxing Hall of Fame entrant will soon confirm the next assignment, which will be London’s flashy counter-puncher Ahmet Patterson (17-0, 7KO) on Saturday 22 October. It’ll be at a bigger venue, Cardiff City Centre’s Motorpoint [formerly C.I.A] Arena and in front of a bigger, louder and prouder crowd.

This time, Williams must stay disciplined. Patterson will be smaller than Corcoran but also much smarter, faster and defensively sound. Williams still hasn’t shown his full hand and although a heavy hitter with both hands [an attribute Kell Brook is currently making use of in sparring to prepare for middleweight monster Gennady Golovkin], Williams can box well at long range.

It’s arguably the highest quality defence a current British champion can make. The sweltering summer night in July was a lesson and if it’s learnt, Liam can keep his composure to collect an eighth consecutive stoppage to retain the Lord Lonsdale strap and continue a climb up the world rankings. Wales’ involvement in top level boxing has been exclusively on the shoulders of a select few for a while. If Williams keeps winning, the future could be bright and the future should be Dull.