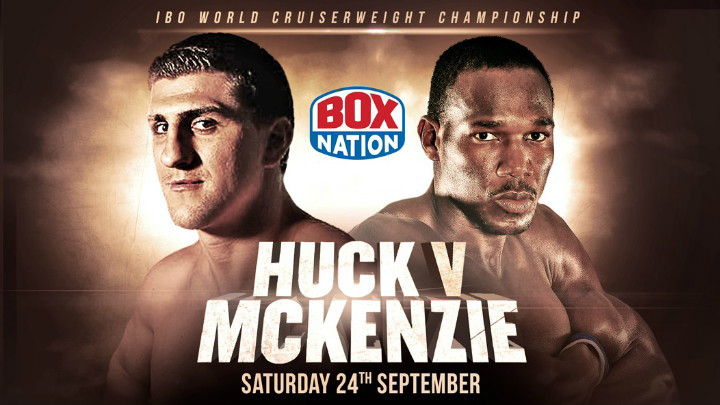 McKenzie, 36, was unlucky not to have been crowned world champion when he finished on the end of a controversial draw in Argentina last October when challenging then IBF World Champion Victor Ramirez. but many thought the Derby man had done enough to take the win and Ramirez’s title. This time McKenzie is confident he can go abroad again and get the win over Huck.

“This minute I’m at the top of my career. I’m coming to put on the performance of my life. It’s going to be a great fight.” said McKenzie.

Huck, 31, won his WBO world title in 2009, but lost it against Krzysztof Glosackin his last year. He recently got back to winning ways defeating Brit, Ola Afolabi in a fourth meeting between the pair and will enter the fight with McKenzie as a strong favourite, but the Jamaican born elder statesman of boxing has plans to write his own betting slip.

“I’m a warrior, a true fighter.” added McKenzie. “Don’t look at my record and think I’m a walk over. Back in the day as a Light-Heavyweight I used to take fights at short notice. Not really preparing, sometimes I won, sometimes I lost.

“I am in great shape. I will take Marco’s belt off him and bring it back to England. I will give the performance of my life. I am a real fighter, a warrior. I am 36 now, but I honestly feel like I’m 20, I’m in amazing shape.”