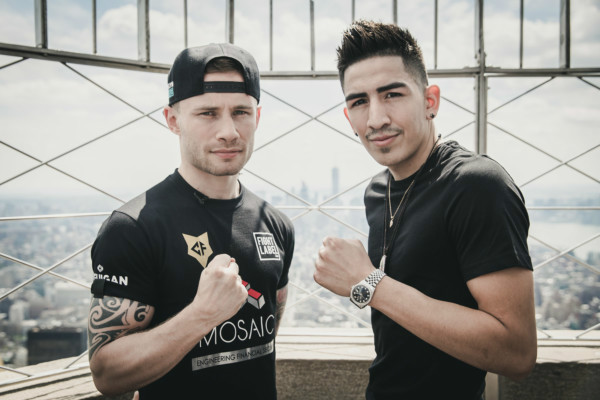 Leo Santa Cruz’s father and trainer believes his son did enough to get the decision over Carl Frampton last week in New York and demands a rematch with the Northern Ireland man.

Former super-bantamweight unified champion Frampton (23-0 KO14), moved up to featherweight to take Santa Cruz’s  (32-1-1 KO18) WBA world title in a close fought battle. Santa Cruz senior is adamant that there is a rematch clause in the contract and they are keen to activate it before the end of the year.

“My son spoke to Mr Al Haymon at the end of the fight and he said that there is a rematch clause. If that’s the case then of course we want a direct rematch, but now it could be in Los Angeles or in Las Vegas in around three months’ time, in November.” said Jose Santa Cruz.

“I’m telling you, I did not see my son lose. If I had seen him lose I would say so, that’s why we want the rematch.

“I saw that Leo didn’t fight his best and didn’t use the defence he needed. His punches and his movement were a bit slow. I sent him out to box and he wanted to beat him up, but in the end he had to be a bit more solid.

“Many people have said they saw Leo win. I think the judges there just have rewarded the more offensive fighter. If Frampton connected with two then my son hit him with three. Many of Frampton’s punches didn’t connect, although I accept that the ones that did were hard.

“I think that if we get the rematch – and we are going to ask for it – I will tell my son he needs to train harder. I don’t like to make excuses, maybe they did beat us, but I am sure that Leo will win the title back.”