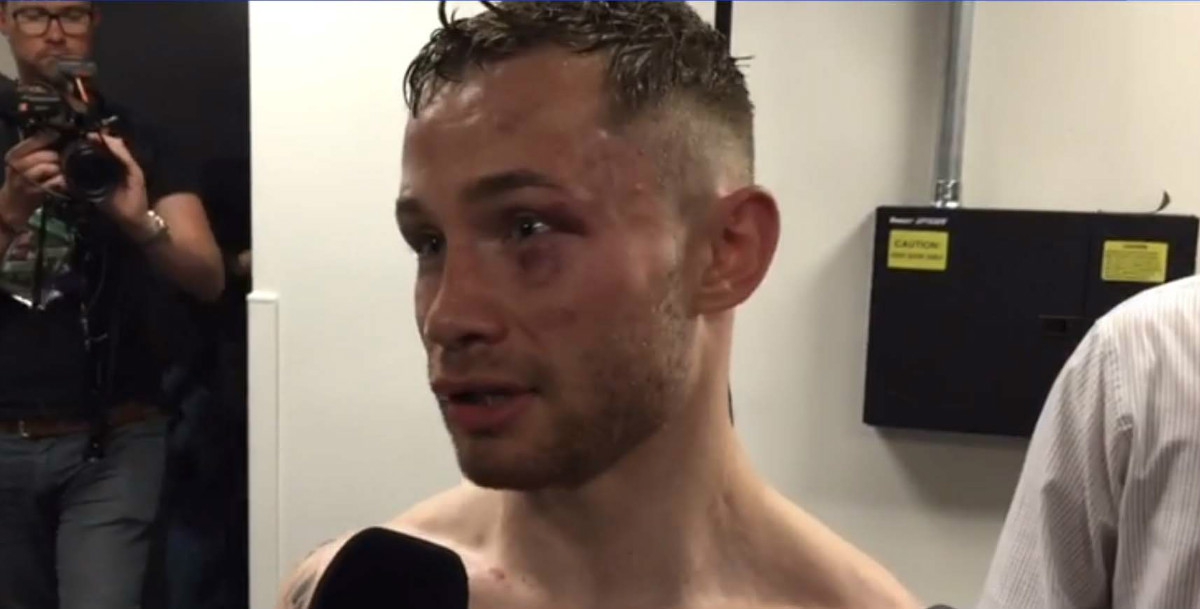 Carl Frampton has won the WBA world featherweight title by beating Mexican champion Leo Santa Cruz on points in a superb contest in Brooklyn. It means the 29-year-old from Belfast is the first Northern Ireland fighter to win a world championship at two different weight divisions.

Frampton stamped his authority on the fight early on, saying: “I wanted to hurt him and hit him hard, to let him know I’m the real deal.”

He was declared the clear winner by two of the judges, with the third seeing it as a draw, meaning the first defeat for Santa Cruz’s career.

“I want to be a big name in boxing, I’m just a normal guy who’s knuckled down. There are plenty of guys like me that could do the same, but this is just great,” added the Belfast boxer.

This clip is originally from 5 live Breakfast on Sunday 31 July 2016.