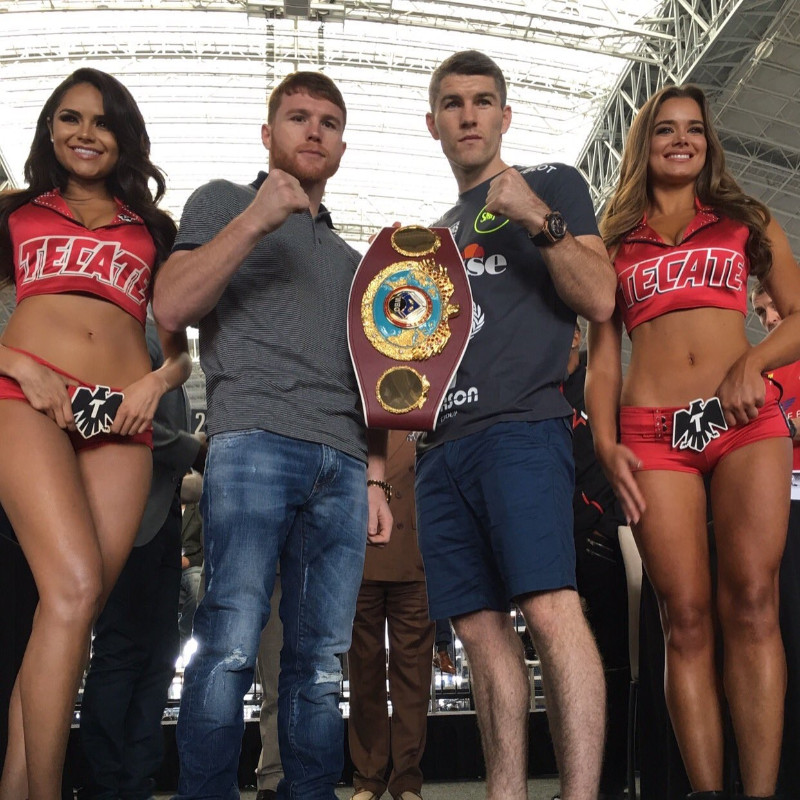 Merseyside hero Smith looked calm and relaxed as he vowed to prove his doubters wrong and carve his name in to the history books.

“All I can say is wait and see what happens on Saturday,” said Smith. “Make sure you admit you were wrong and wrote me off without properly judging me or watching my fights. When I turn up on Saturday and put the performance in that I know I have in me then you will realise that Liam Smith is a very very good fighter.”

“When you strip him down and forget he is one of the biggest names in boxing, he is a very good fighter but he isn’t out of this world. He’s not the best defensive fighter in the world, he’s vulnerable when he opens up. It will take a good fighter to exploit any weaknesses he has but I am confident I am that fighter.

Mexican superstar Canelo admitted that he was in for one of the hardest fights of his life but promised his fans that they would celebrate together after he took Smith’s belt from him.

“I love his aggressive come-forward style, I think our styles will gel and we will provide fight fans around the world with an exciting contest. We have had an amazing camp and come Saturday night we can all celebrate together; we are taking home the title!”