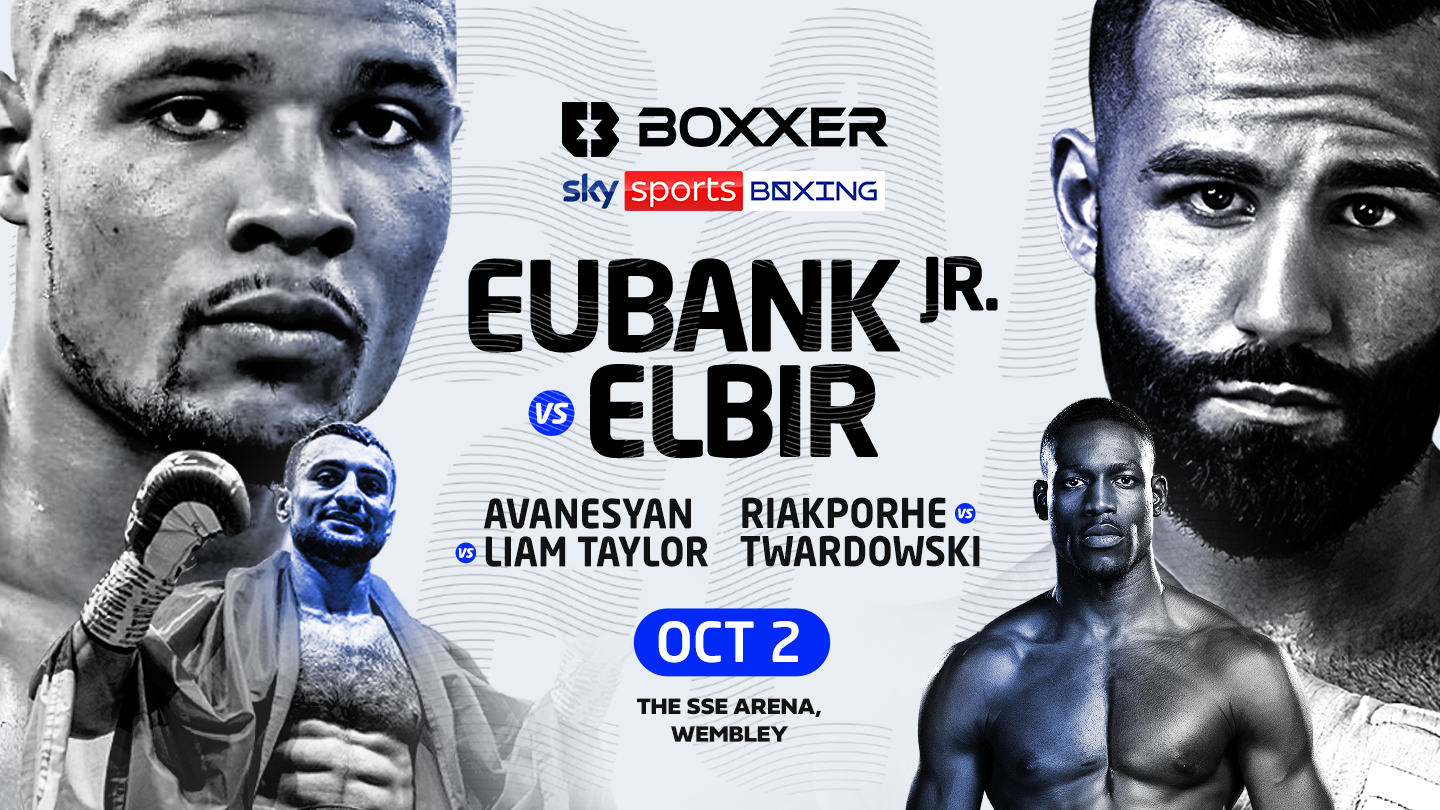 “If you’ve got the titles, nobody’s safe!” – Riakporhe returns as Sky Sports star.

It is difficult to fathom that Richard Riakporhe‘s professional career is only just gone five years old. Even more so to contemplate that for almost two of those he hasn’t had a fight. Riakporhe returns to the ring this Saturday at Wembley Arena unranked, hungry and looking to catapult himself back into cruiserweight contention. It is a combination his opponent, Krzysztof Twardowski (7-2-0), could do without.

Riakporhe’s 2019 was one of the strongest domestic sequences any British cruiserweight could hope to make. Coming into the year fresh off being the first man to defeat Sam Hyde, Riakporhe took three genuine 50/50s and won them all.

Tommy McCarthy stopped in four, Chris Billam-Smith edged out over ten punishing rounds and Jack Massey beaten for the British Cruiserweight title. A combined record of 38-1-0, all difficult fights, the latter two controversial decisions but nonetheless fights Riakporhe had won.

Riakporhe has not fought since. First a serious hand injury but then a fallout with previous manager, Dillian Whyte which seemed to prevent an earlier return.

“I could have been here a year ago if I had the right people around me.”

It is a split Riakporhe has refused to go into.

Ranked three by the WBA in April 2020 Riakporhe has had a frustrating time on the sidelines during a period where he has seen former rivals go on to bigger fights.

It is a timescale Riakporhe sees for himself also:

“Within 12-18 months I could be unified world champion”

One of Sky Sports main stars

Riakporhe returns to a Sky Sports show in a very different position to the one he left in December 2019. Then he was one of a number of a limitless number of Cruiserweight contenders on a stacked Matchroom promotion. Now, after the Matchroom move to DAZN, he is one of Sky Sports main stars.

Chris Eubank Jr, Josh Taylor, Riakporhe has genuine aspirations of joining those names as a focal point in a revitalised Sky Sports/BOXXER offering.

Krzysztof Twardowski enters the ring never having been stopped with a record of nine wins, two losses, zero draws. The Polish cruiserweight will give away about three inches in height and will himself be targeting a win over Riakporhe as a springboard to bigger fights.

It is Twardowski’s first fight outside Poland and Germany.

Riakporhe should have enough but he will be desparately hoping for a statement. Stop Twardowski, get back into the cruiserweight mix and make his world title bid.

Where next for Riakporhe?

Win on Saturday and the options open for Riakporhe. A good win may seem him ranked again in the WBA. The World Super Champ in the WBA is Arsen Goulamirian (26-0-0), the dangerous Frenchman who has stopped eighteen of his opponents so far. Goulamirian comes off a period of inactivity, himself not having fought since December 2019.

Another option that has been mooted is a potential rematch against Chris Billam-Smith. That’s a fight that both fighters have made clear they are up for but would make most sense if it becomes a mandatory for the WBA. If it doesn’t the risk doesn’t seem to match the potential reward.

Lawrence Okolie has been mentioned in recent weeks but it seems difficult to forsee the Riakporhe fight happening. Okolie is looking to focus his last eighteen months in the division on unification fights against Mairis Breidis for the IBF (and possibly Ilunga Makabu – WBC). Unless Riakporhe becomes mandatory for his WBO belt within the next six months that seems a fight which will be tricky to make.

“If you’ve got the titles, nobody’s safe!”

You can be sure of anything that whatever option opens up Riakporhe will take it. With a cruiserweight feeling like he’s making up for lost time, Riakporhe’s return signals an exciting time for British boxing.

See it this Saturday 2nd October on Sky Sports Boxing.