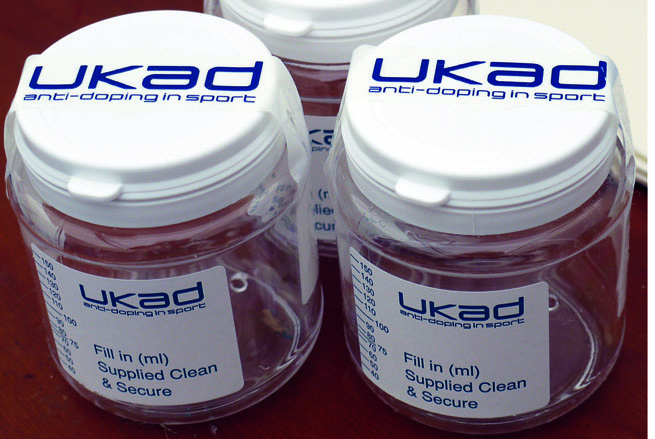 Nicole Sapstead is a busy woman. When I sat down with her on Friday the 16th of September a Russian hacker had just begun releasing the private medical records of UK based Olympic athletes but she assured me that the leaks were “confined to the Rio Olympic games and Team GB athletes” and therefore shouldn’t concern professional boxers.

She looked drained but was still kind enough to have me interview her to gain some insight into how UKAD works and to give the organisation’s take on recent doping cases within boxing. Throughout boxing forums and on social media there is quite often a lot of confusion and misunderstanding when it comes to UKAD. This often isn’t helped by the boxing media’s reluctance to engage with the organisation with both Sapstead and her press officer bemoaning the fact that they are seldom sought out by boxing writers.

Sapstead is no stranger to the squared circle. She used to do pad and bag work with ex boxing pro turned personal trainer, Sven Hamer, who told her that she used to punch better than many of the men he taught, “Perhaps I could have been another Nicola Adams in another life” she quipped.

Once the reminiscing was over she got down to giving me a brief overview of how the organisation functions. Perhaps surprisingly the individuals UKAD use to take blood and urine samples all around the UK are not full-time scientists but instead comprise of “About 180 doping personnel who are trained as chaperones, doping control officers and blood collection officers and they come from all walks of life.” She went on to explain, “We use them dependent on their availability.”

If nothing else, this gives an idea of the huge logistical task UKAD have on their hands in policing 40 professional, amateur and Paralympic sports. They receive just £5 million in government funding and a further £2 million from outsourcing their services to private enterprises. Little wonder Sapstead admits, that with only “finite resources” available, testing usually only focuses on a particular sport or athlete when UKAD have received specific “Intelligence from law enforcement…. or tip offs”. This should always be kept in mind when a particular athlete or training camp has been targeted.

When asked if she thought UK boxing has a problem with doping Sapstead said: “No, because I think all sports are susceptible to doping”. However, since Kid Galahad’s (in her words) “bizarre” high profile case in which he claimed his brother had spiked his drink with steroids, only one other UK based professional boxer has been caught. That boxer was Sheffield based Jeremy Wilson. Interestingly in the case of Galahad, Sapstead mentioned that it was the fact Galahad’s brother’s statement had not convinced the National Anti-Doping Panel that led to Galahad’s ban being upheld. That said, it does beg the question; are enough drugs cheats being caught? Unfortunately, any answer to such a question is unquantifiable.

I also asked her about steroids and that many scientists believe athletes benefit from using them long after their ban has been lifted. Her response to this was that she’d become more and more aware of this issue “Over the last 12 months”. She went on to tell me that the specific rules for steroids had been stiffened since the beginning of 2015 so that athletes can now expect a ban of “Between 2 to 4 years…for serious doping offences” which she stated was a “Step in the right direction” in her opinion. Had Galahad’s positive test been done post January 2015 he would have been given a four-year ban.

As with any agency that enforces laws it can be easy to view UKAD as a big bully that throws its weight around in the hope of stitching up athletes. However, throughout the interview Sapstead was at pains to reiterate that everything the organisation attempts to do is for the betterment of the athlete.

One particular quote stood out, “Given the number of rounds that pro boxers go through, it’s really hard for them to be tested after a fight…either because they’ve suffered a defeat or because they’ve been injured and sometimes the urine they give has blood in it. But by and large they are really good and they understand that it’s all part of the process and that in order to prove they’re clean, they have to comply.” Indeed her press officer went on to add that, “professional boxers are some of the more happy athletes to interact with us on social media and are more than happy to be seen to be being tested”.

Moreover, it’s hard to imagine Sapstead and her colleagues scheming or plotting against any athlete, although that has been the suggestion from Tyson Fury’s handlers in recent <a href=”https://www.youtube.com/watch?v=MknluY5oTjg”>YouTube interviews where they maintain that information about the investigation was leaked from within UKAD.

When I inquired about whether she thought due process had not been followed when it came to the Furys, she divulged: “Our policy is usually not to discuss an on-going case…but in this case an individual within their team came out and stated that they were being charged…once this happened we were allowed, according to the rules, to make a public statement.”

In other words, had Team Fury not leaked news of the pending investigation it wouldn’t be in the public domain. It’s also worth mentioning that UKAD give any evidence they collect to “independent lawyers” who decide whether there is enough evidence to constitute opening a case against an athlete. The assumption that UKAD are ‘out to get’ the Furys, or anyone else for that matter, appears unfounded.

Having discussed the Furys I was compelled to ask about whether UK athletes are tested when they are at foreign training camps, such as the ones the Furys partake in in Belgium, or other fighters undertake, like Kell Brook (Canary Islands) and the multitude of UK boxers who fight out of Macklin’s Gym Marbella. Sapstead said that some of these territories don’t have their own doping authorities and that therefore in some cases UKAD use “Commercial companies…if we deem it to be a risk period” for the athlete in question.

I then asked if any of the camps I’d mentioned had been tested, but she declined to answer. There can be no doubt that this is a grey area and even when a country does have its own anti-doping authorities there have been times when “Countries don’t place their athletes under the same scrutiny as we do in the UK” meaning that even if UKAD do everything correctly at their end, there’s no guarantee that the same can be said for the opponents of UK boxers. David Price found that out to his detriment not once but three times.

Finally I asked what the British Boxing Board of Control and the world governing bodies could do better to combat the threat of doping. Previously during the interview Sapstead mentioned that UKAD’s contact with the WBA, WBC, WBO and IBF was in her words “non-existent”.

Even though the BBBoC are the main point of contact for UKAD when it comes to all matters involving boxing in the UK, it is still worrying that no relationship exists on any level between world boxing’s main powers and the UK’s anti-doping authorities.

However, she also made sure to note that although UKAD have a much better relationship with the BBBoC, there is always room for improvement: “I would say this to any sport; they can always do more. And my starting point would be about education. As much as any sport can do to: educate their athletes about their responsibilities, the risks that associate themselves with supplement abuse, inform them that they can be tested at no matter the level they are at. And it’s also just about instilling sporting values. Of course if individual sports want to invest in further testing then I would welcome them with open arms.”

With big money beginning to be splashed around in the UK thanks to the recent rise in PPV shows perhaps more could be done to make sure that UK boxers are safe when they enter the ring at home or abroad. After all, the people paying for tickets and subscription fees want to be assured that the fights they’re watching are fair, and the fighters themselves want nothing more than a level playing field.