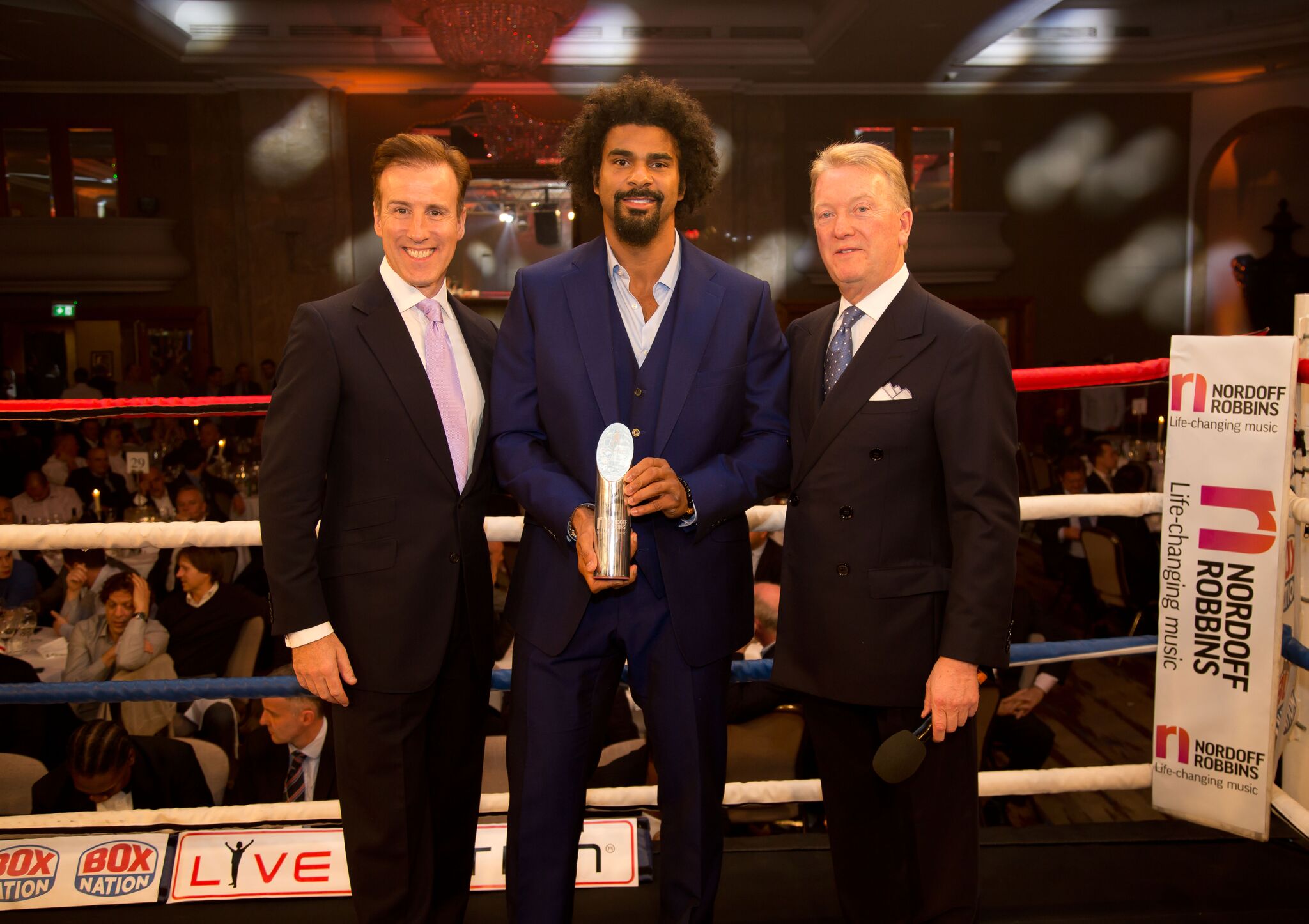 ‘The Hayemaker’ stands as the hottest Cruiserweight turned Heavyweight commodity since boxing legend Evander ‘The Real Deal’ Holyfield, scooping and unifying all the major World Cruiserweight titles within an explosive four month period before capturing the WBA World Heavyweight Championship. Last night he was celebrated for all of his glittering boxing achievements.

Haye said: “I know personally first-hand what music does for me, it’s a universal language, so any charity that uses music as a form of therapy is amazing”

In the night’s main event undefeated Super-Middleweight Alan Higgins stopped Alistair Warren in the sixth round. Birmingham’s Super-Bantamweight Raza Hamza took his undefeated record to 6-0 with a controlled points win over Jose Aguilar. New Malden Super-Middleweight Lerrone Richards impressed on his big return with an explosive first round stoppage win over Croatia’s Gordan Glisic. Mason Cartwright’s four round contest against Justin Menzie ended in a technical draw after an accidental clash of heads in the second round.

The event also raises funds for the London ex-Boxers Association.

Nordoff Robbins Boxing Committee Chairman and Worldwide President of The Agency Group, Neil Warnock, said: “We are proud to say that the Boxing Dinner has been going strong for eight years now and the money raised allows the charity to continue their vital work in delivering music therapy to vulnerable and isolated people across the UK. My sincerest thanks to everyone who has made this event possible, including Frank Warren and Box Nation. We trust everyone had a great time and congratulations to our Boxing Icon winner David Haye and to all of the brilliant boxers in the ring tonight”

Frank Warren, Chairman of BoxNation, said: “We were absolutely delighted to once again be involved in the Nordoff Robbins boxing dinner. The work that Nordoff Robbins carry out in schools, day centres, hospitals and care homes is vital in changing the lives of those that need help. I have seen the truly amazing results they achieve with music therapy and events such as these are help raise much needed funds”