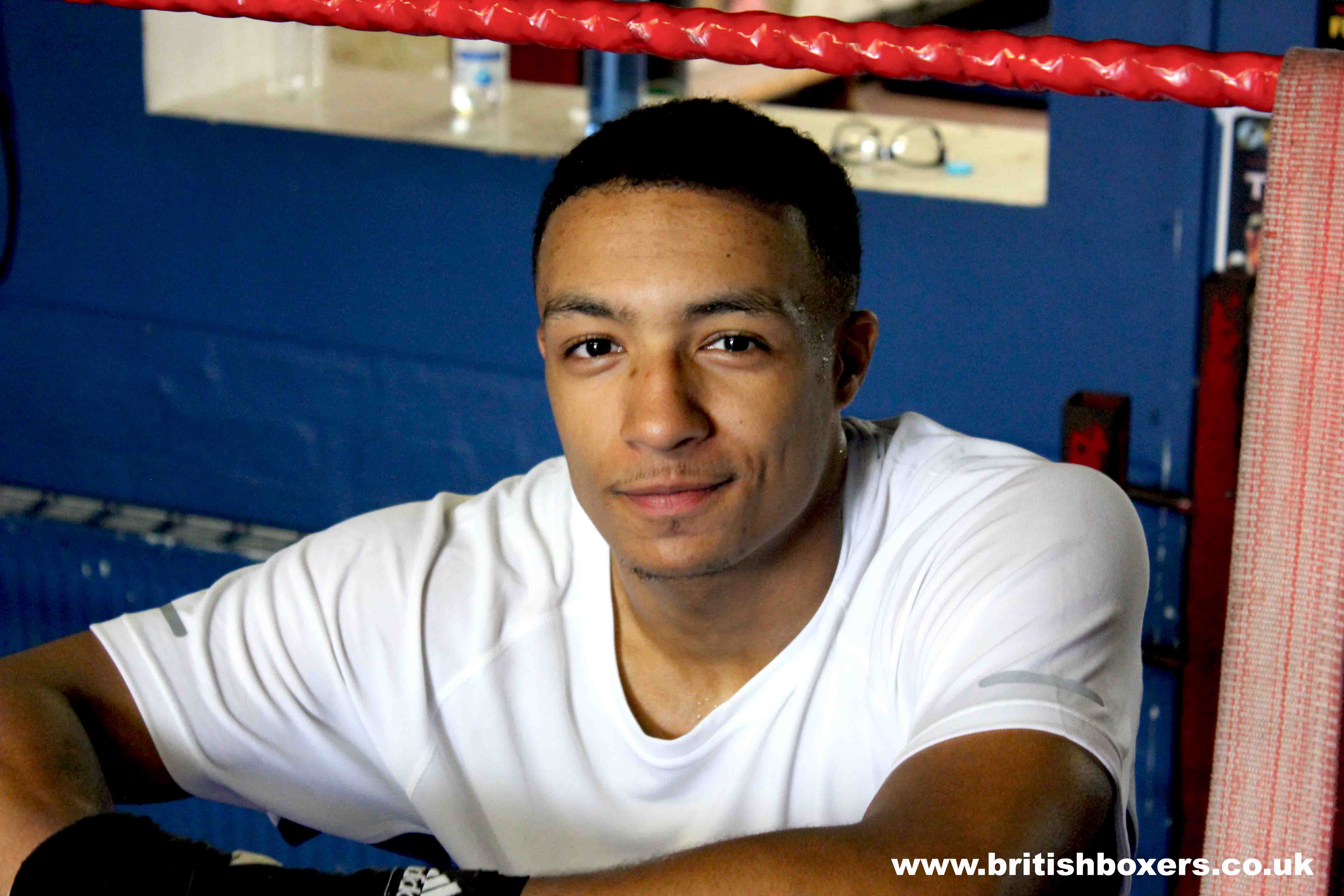 Zelfa ‘Brown Flash’ Barrett is now a boxer on the tip of everyone’s tongue when discussing a rising British boxing star to look out for. The 23 year old super-featherweight prospect is unbeaten in 13 fights, with 7 of those wins ending inside the distance in devastating fashion.

Barrett turned pro in October 2014 and in just two years under Black Flash Promotions has seen his stock rise, as he remained busy, blasting his way through a succession of hardened journeymen and tough usually durable imports.

The Mancunian recently signed a deal to appear on Frank Warren shows and on fight channel BoxNation. BritishBoxers.co.uk BBTV also have featured Zelfa, including his pro debut and he has also appeared on VIP Boxing TV too, so he has had great exposure and the wider boxing public are starting to take heed of his talents.

Coming off a good first round stoppage win against Nicaraguan Elvis Gullen in October, Barrett has decided he doesn’t want to put his feet up just yet to enjoy the festive break and he is to fit in another fight before the year is out.

He will now feature in Newcastle on Saturday 17th December at the Newcastle Racecourse on a Black Flash Promotion show that will be filmed by BoxNation.

Barrett will have another foreign opponent to contend with in Spain’s Rafael Castillo who comes to the Northeast with a chequered record of wins, losses, draws and no contests and it will surely be interesting while it lasts.

The thing with Zelfa Barrett and why he is starting to have an effect on knowledgeable fight fans, is that you never know what to expect from him. You can be sure you are going to see good movement, fast hands and some slick moves, but since he has started putting his opponents away early, you are not sure which shot he is going to do it with, if not more than one. – Barrett has every shot in the book and is starting to put them to very good use. His last fight ended with body shots, he has ended others that way, plus big right hands, left hooks, uppercuts have all helped him build up his KO % ratio.

“I am always practising every shot, if there is a shot I am not practising, I want to know what it is so that I can, but Im sure I’ve been taught everyone and I have been working on them constantly since I walked in the gym as a young kid.” Barrett told BritishBoxers.

“I don’t go into a fight thinking I will finish a fight with a body shot or an hook or whatever shot, you couldn’t do that. But I know how to work out what shot my opponent is vulnerable to or I can see straight away if he is dropping his right hand when he throws a jab, so I take that in and as the fight goes on I pick up his faults and I have them stored ready to use them.”

Barrett is looking forward to taking the ‘Brown Flash’ show on the road to Newcastle and admits although he is a staunch Manchester United fan, he does hold a soft spot for the Toon Army and in particular a certain Alan Shearer, who he says he copied as an aspiring young footballer.

“I loved football when I was young I was good actually and had trials and if I put all my effort into it I think I could have done well, but I loved boxing more and when it came to the time to chose one or the other seriously. I chose boxing and I know it was the correct decision because I love the sport.

“Yes it is true when I used to score a goal I would do the Shearer hand raise. He was a great striker and seemed to always score every game. I used to have the old Newcastle kit with the NTL on the front and I still look out for their results. They are doing great in the Championship and it wont be long until they are back in the Premier League.

“Boxing in Newcastle will be great, I just cannot wait, I’ve spent time there and know a few people. The Geordies are great, really friendly and funny and I promise to put on a great display of boxing for the fans up there, it’s going to be fantastic.” added Barrett.

Joining Barrett on the bill is his cousin light-heavyweight prospect Lyndon ‘King’ Arthur (2-0, 1 early) – Arthur is a former Team GB representative and two time ABA finalist, who turned over pro recently making his debut at the Manchester Arena on the undercard of Anthony Crolla’s world title win against Barosso. – Last time out Arthur stopped Mitch Mitchell in quick time and looks like a boxer with a bright future.

Another prospect appearing on the bill from the Northwest, is Liverpool’s Marcel Braithwaite (1-0) This super-flyweight power house, switch hitting talent has bundles of potential and it won’t be long until his name is big news in boxing. Newcastle get the chance to see some exciting out of town boxers on their doorstep on December 17th.

Topping the bill is local Geordie lad Sam Best (6-0) – Light-heavyweight Best is rated highly in Newcastle and has a great following. Trained under Matty Jobes, Best has the chance and backing to really jump to the forefront of the Newcastle boxing scene and has the talent to go all the way.

Making up the local contingent from the Fighting Chance stable will be Tyne and Wear based Fiji born heavyweight Jone Volau (4-0) – Super-featherweight newly Jamie Humble (1-0) has his second pro fight on the racecard and both are being backed to do big things on the Northeast fight scene. Humble was a quality amateur who represented England and reached the finals of the ABAs. Plus former MMA fighter now a pro boxer Kyle Redfern from Ferryhill, has his second fight on the show.

Making up the card is Port Glasgow cruiserweight James Quigley (3-0) who comes down to Newcastle to display his skills on the bill in the home corner. It is good experience for Quigley who is trained by Kenny Crighton to get on this show and he is a great addition to an already intriguing bill.

Limited Tickets will also be available on the door on the night.